A stunning view of Mars from Argyre to Thaumasia

Sometimes I grow weary of the superlative adjectives that get thrown around to describe space images. Not everything can be the greatest image you've ever seen, and many of us are space fans exactly because almost every image returned from space is awe-inspiring.

But some pictures are special. I literally gasped when I enlarged this one. Be careful -- the full-size version is 21MB. But every byte is worth it. The data for this photo was acquired in 1976, but its potential was only realized today, when Daniel Daniel Macháček posted it on his blog.

If you'd like to share this picture with others, you can send it as an eCard from our site for the next week. 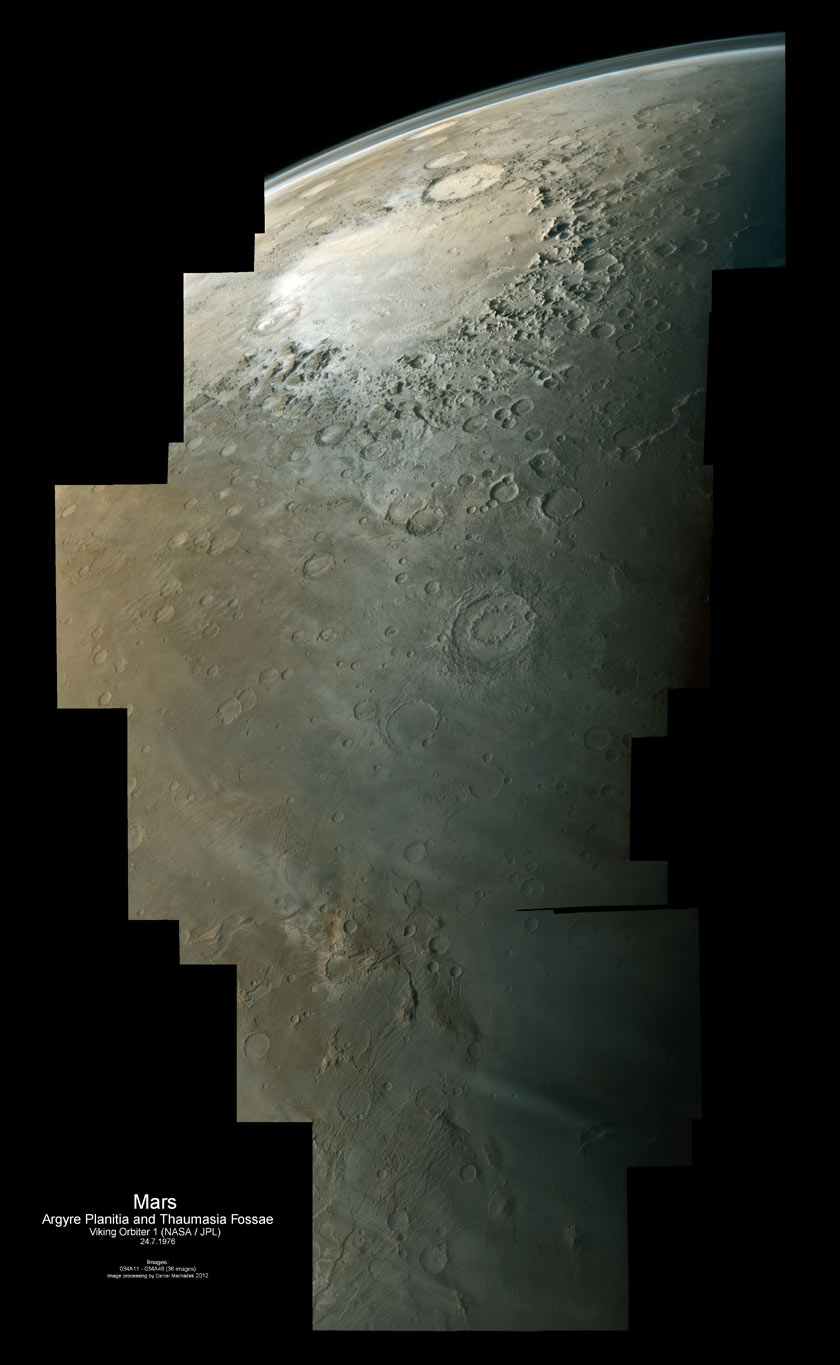 From Argyre to Thaumasia Fossae

Viking Orbiter 1 mosaic of the region from Argyre Planitia to Thaumasia Fossae. Mosaic is made ​​from 36 filtered (violet, red filter) images. East is up and north is to the left.

Viking 1 obtained the 36 frames for this mosaic (numbers 034A11 to 034A46) through two filters (purple and red). A green-filter image was synthesized from these two. The exact resolution of the mosaic is not stated (the Viking image archive contains only very vague information on image resolution), but based on the sizes of named craters, the full-size enlargement has a resolution of about 800 meters per pixel. While making the mosaic the images were warped and slightly enlarged, so the smallest visible details are probably  about 2 kilometers in diameter. For much more about this image and how it was processed, visit Daniel Daniel Macháček's blog (in Czech, but Google Translate makes it quite readable).