Got a pair of red-blue 3D glasses handy? I don't post 3D images that often because I know many of you don't, but this one was too good to pass up.  Nathanial Burton-Bradford, an amateur image processor, noticed the other day that the Lunar Reconnaissance Orbiter team posted a digital elevation model of an unnamed crater.  Digital elevation models are high-resolution topographic maps, and they're usually produced by taking two images of the same spot taken from slightly different angles and comparing the positions of different features within them.  They contain 3D information, but aren't themselves 3D; they're just flat images, and no pair of glasses will make them look 3D on your monitor.

So Nathanial went to the Lunar Reconnaissance Orbiter Camera website, found the two original images (here's one), and made this stunning picture. Put your face close to the monitor and you'll feel that you can reach out and touch the boulders on the interior slopes of the crater walls -- at least that's how I feel when I look at it! 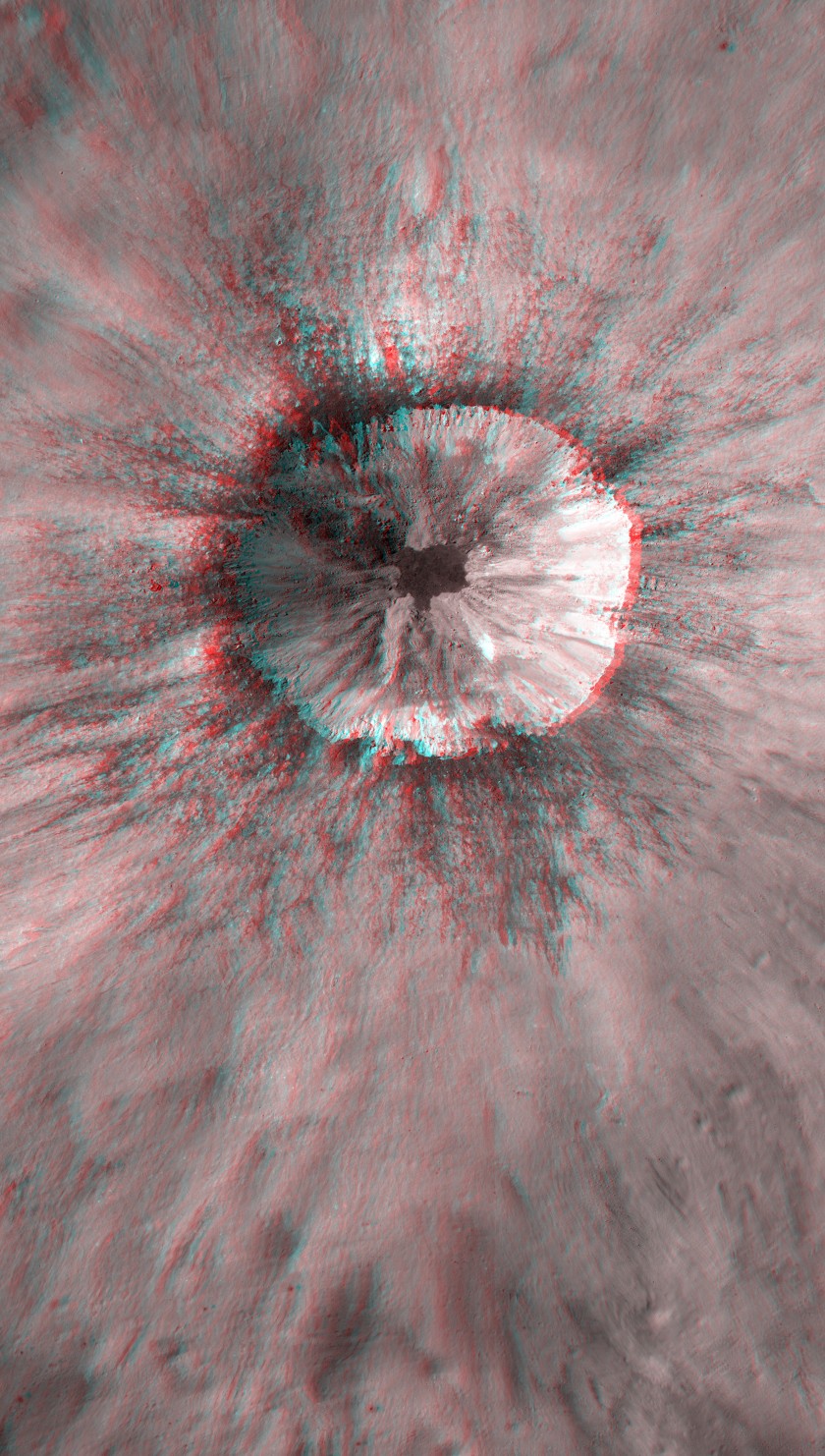 3D view of an unnamed lunar crater from two Lunar Reconnaissance Orbiter photos, processed into a red-blue anaglyph by Nathanial Burton-Bradford. Use red-blue glasses to view.