The latest images from Cassini can be breathtaking -- twice. That's because Cassini images are first posted to the Internet almost as soon as they arrive on Earth, permitting space enthusiasts to ride along with the spacecraft to tour Saturn nearly in real time. But then Cassini's images get released to the Internet again, about nine months later, after they've been scientifically calibrated and validated. That's usually just long enough for me to have forgotten how cool they were the first time around, and of course these archival versions of the images are far superior in quality to the quick-and-dirty versions that get posted immediately.

So I enthused about these Helene images the first time they came down, and then forgot about them, and then was thrilled anew a couple of weeks ago when Daniel Macháček posted his version, processed from data published by the Cassini imaging team on April 1. Take a look. What a crazy place! The lanes of smooth material between the higher-standing ridges look like ski runs. I mentioned as much in a discussion on unmannedspaceflight.com and another member did a back-of-the-envelope calculation and determined that your terminal velocity on a Helenian ski slope would be 10 kilometers per hour! A bunny slope for sure. 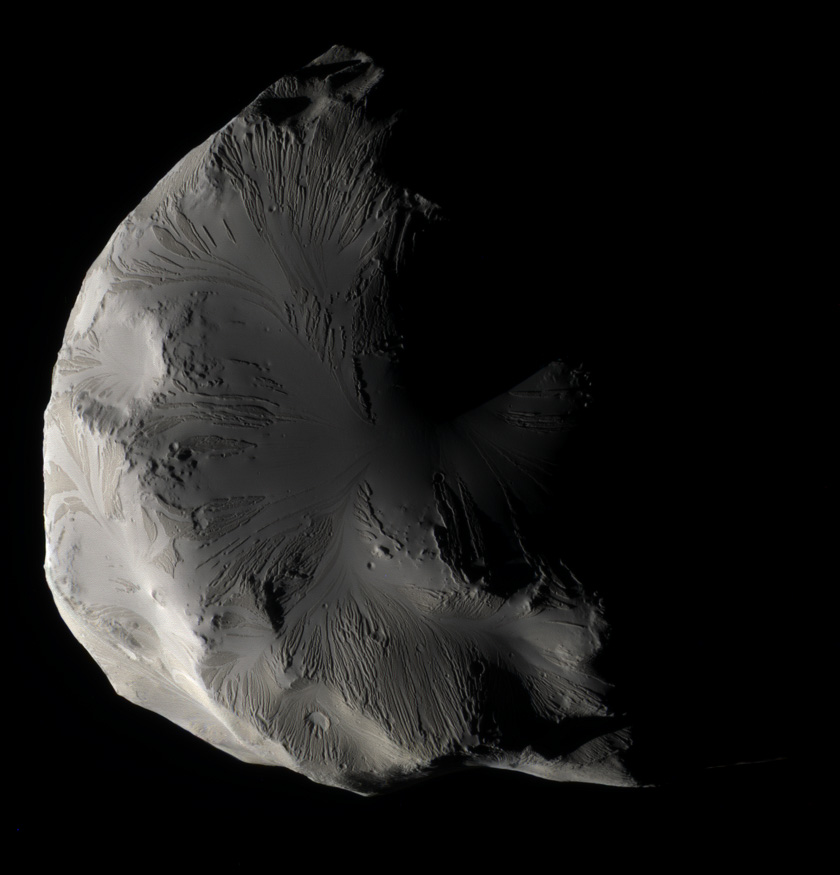 Cassini captured this natural-color view of Helene on 18 June 2011.

Beautiful and SO sensual!