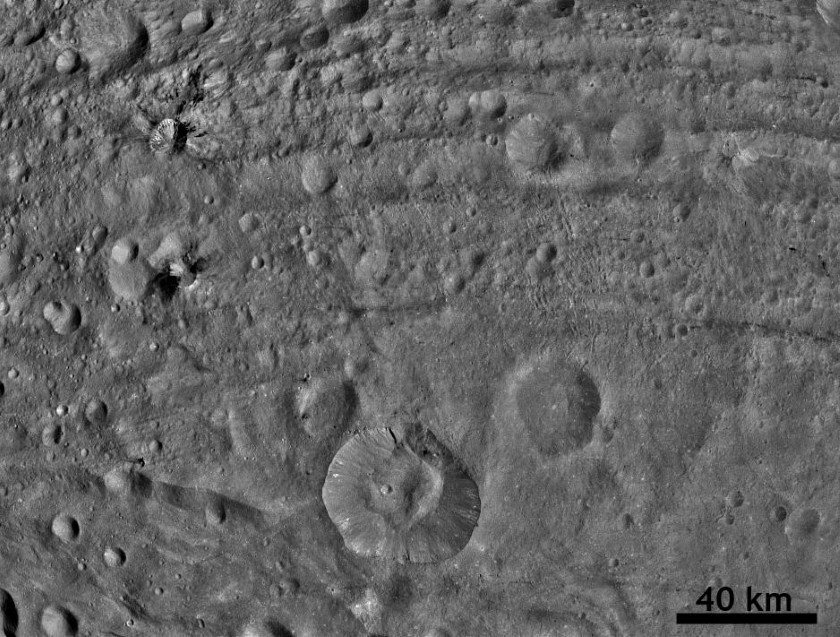 Dawn obtained this image on August 29, 2011. It shows dark material at impact craters up to 20 kilometers wide and sets of worm-like tracks in the north-south direction. The image has a resolution of 254 meters per pixel. 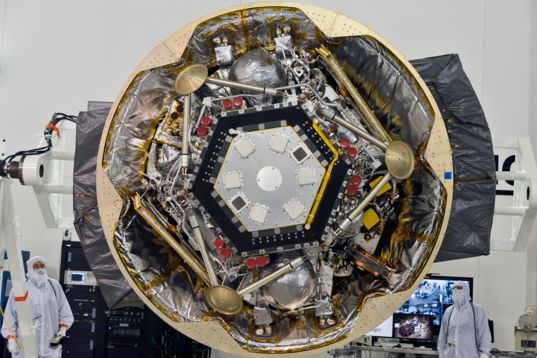 The underside of InSight 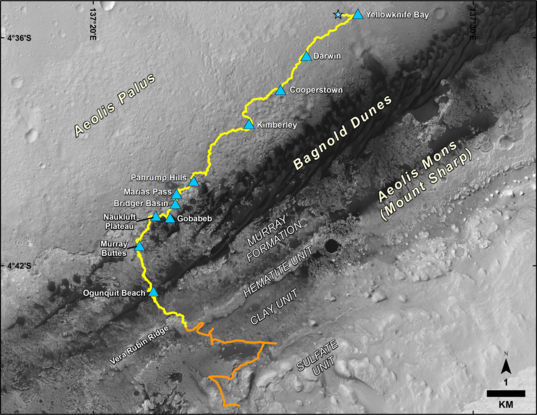 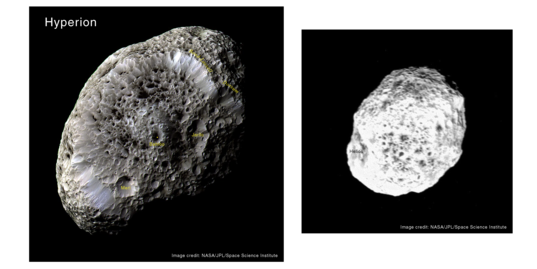 Photos of Hyperion with place names 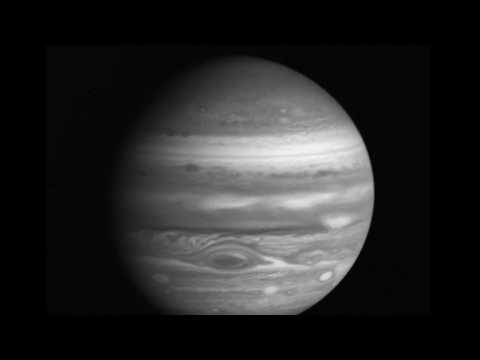 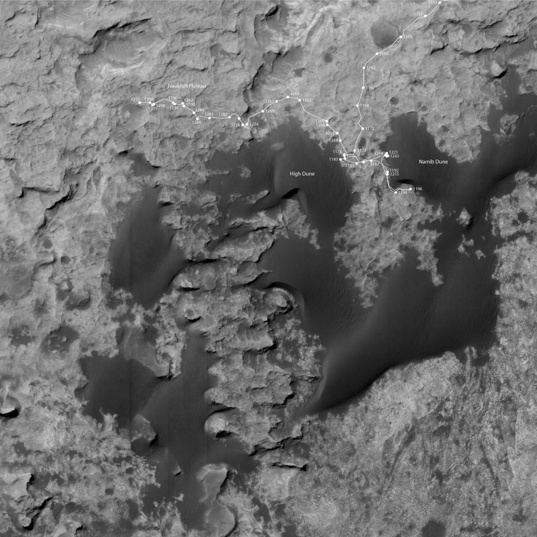 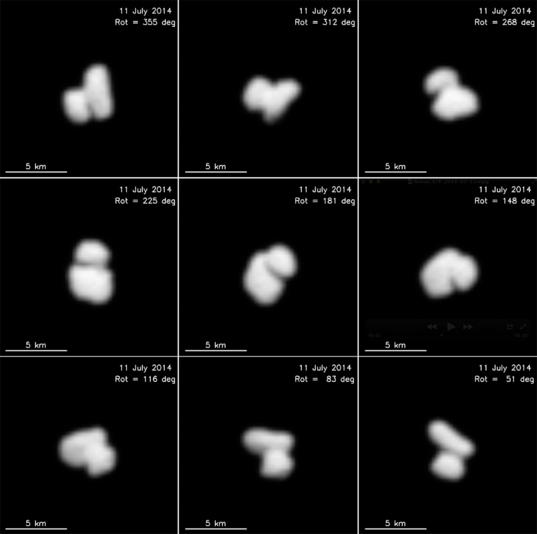 Comet Churyumov-Gerasimenko from Rosetta on July 11, 2014