There was a very close flyby of Dione by Cassini this morning, and the images have just been returned from the spacecraft. There are lots of great goodies from this flyby on the Cassini raw images website, and I plan to spend some time playing with them! As just one taste, here's a neat view of Mimas disappearing behind Dione's night side. I love how all it takes is that slightly rough-edged slice through Mimas to make you realize where the rest of the shadowed part of Dione lies! Mimas is actually about a third the diameter of Dione, but because it's much farther from Cassini than Dione is, it appears much smaller. 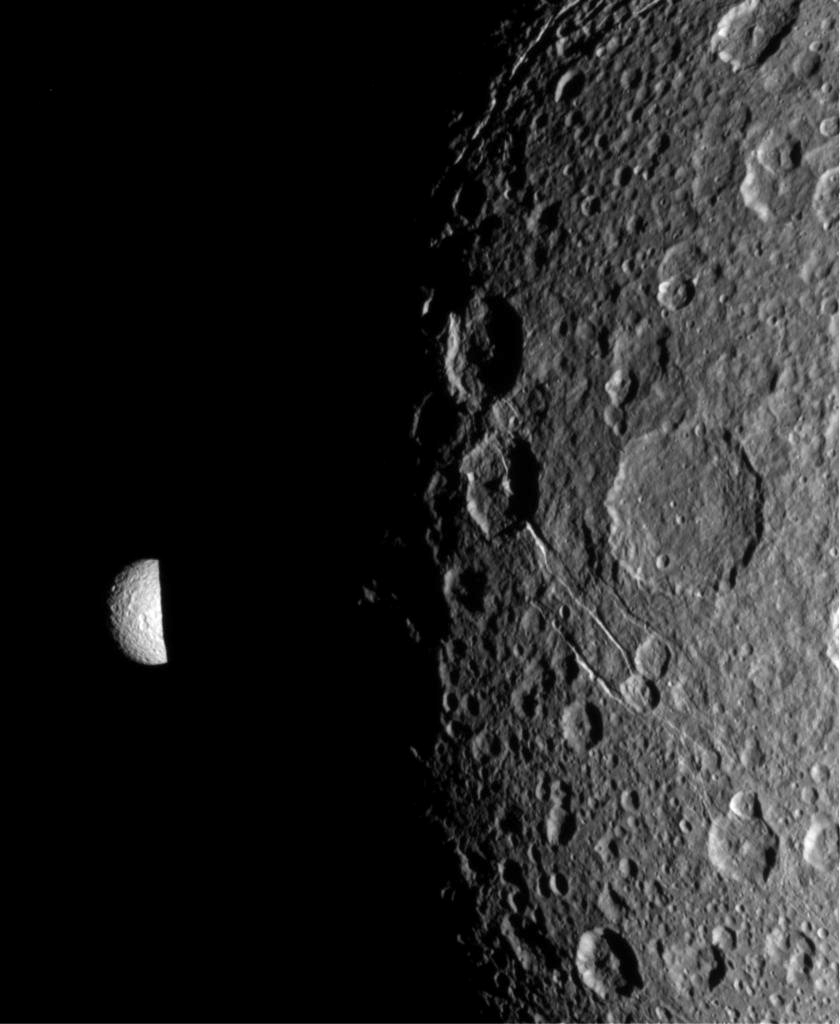 After a close flyby on 12 December 2011, Cassini spotted Mimas passing behind the much nearer Dione.

It took me a while to figure out how to correctly orient the picture. With a little help from the Solar System Simulator, I figured it out. The view on Dione is of a few craters near the equator. The large flat-floored one is Allecto. The two similar-sized ones close to the terminator are Pagasus (top) and Amastrus (bottom). And the triple scratch coming out of Amastrus and running to the south of Allecto is the southeastern tip of Padua Linea, part of what was once called Dione's "wispy terrain" but which we now know are tectonic fractures.