Live feeds on asteroid 2005 YU55 as it passes Earth

Unless you've been living under a rock you've probably heard that there is a relatively large (400-meter) asteroid passing closer to Earth than the orbit of the Moon today -- in just a few minutes, as a matter of fact. It poses no danger to Earth now and is not known to in the future. But the close approach is very exciting because the closer an asteroid gets to our telescopes, the better the quality of the data we can get on them, so there are an awful lot of telescopes pointing at YU55 wherever it's night right now.

A few telescopes are putting live feeds of their views on the Web. This is cool, but just be warned that YU55 will be a very faint object, even when seen in big telescopes. This one is live as I post:

This one will presumably be live once the Sun has set in Hawaii (the page currently thinks it is a lecture by Mike Brown, they haven't updated the event info for the YU55 flyby yet):

I'm not sure what to expect from these videos. I'm concerned that any views of the asteroid will be lost in the UStream compression artifacts. But I do think it's very cool that these observatories are putting such live feeds online. The most exciting views are coming from radio telescopes like Goldstone and Arecibo. I visited Goldstone yesterday and will be posting about that tomorrow, once they have posted their best radar images. Stay tuned! 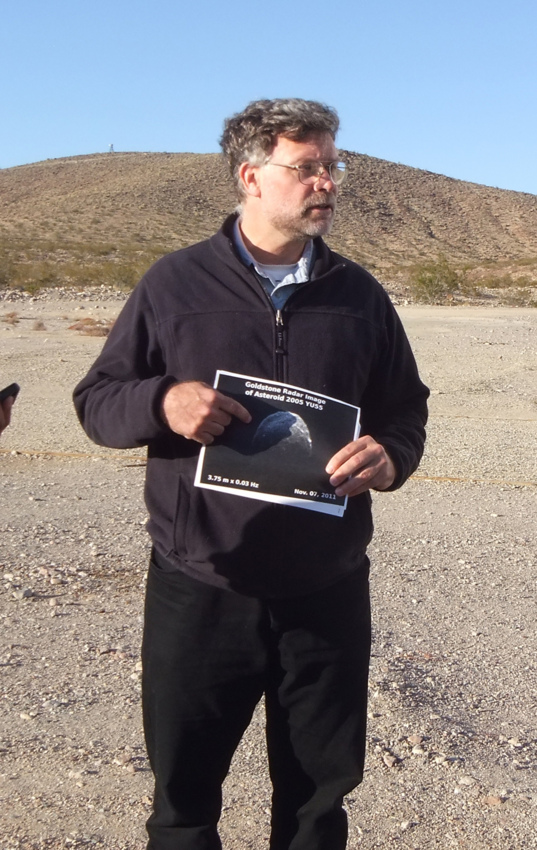 Lance Benner showing off their latest image of 2005 YU55