Phobos-Grunt and Yinghuo-1 poised for liftoff

Russia's Phobos-Grunt sample return spacecraft, carrying the Planetary Society's Phobos LIFE experiment, plus China's Yinghuo-1 Mars minisatellite, are poised for launch at Baikonur! The launch window opens in less than six hours, at 20:16 UTC. Here's some Roscosmos photos I found on Spaceflightnow's website and added to my Flickr set of Phobos-Grunt launch preparations: 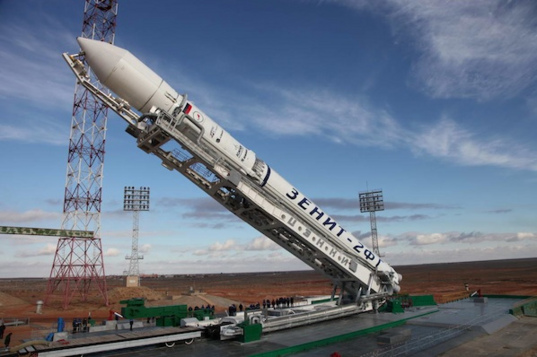 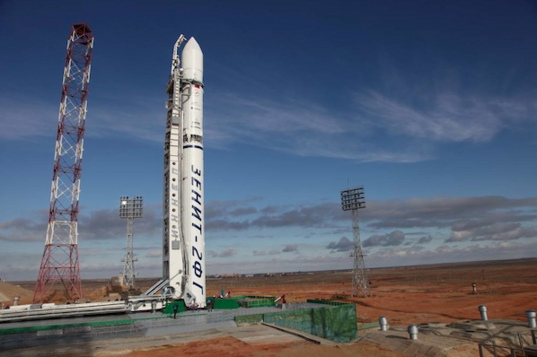 Phobos-Grunt and Yinghuo-1 on the launch pad on November 8, 2011

You can see them rolling out and raising the rocket in this video from Roscosmos TV:

Information on the post-launch timeline is not very easy to come by. I am sure that Anatoly Zak will be posting updates as he gets them through his Twitter feed or his website. His latest tweet, just ten minutes ago, says cleared for fueling! And there are many European Space Agency ground stations that will be tracking Phobos-Grunt after launch; so I'll be watching the ESAOperations Twitter feed as well. They remarked yesterday that they would start tracking at 01:40 UT. Spaceflightnow promises live streaming video of the launch. I will Tweet whatever news I get!