About a week after Curiosity passed through the same milestone, Phobos-Grunt and Yinghuo-1 -- still slated for a November 8 launch -- were encapsulated in their payload fairing in preparation for being stacked on their rocket. And, of course, our little Phobos LIFE capsule is inside there too! 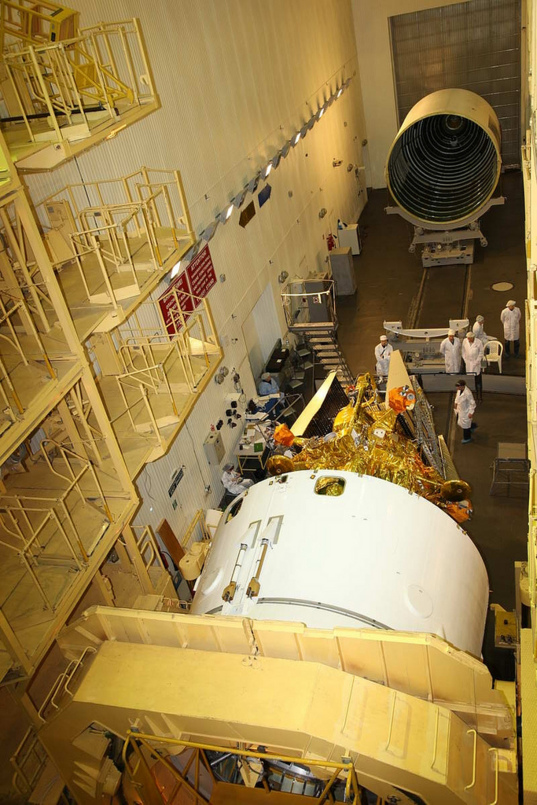 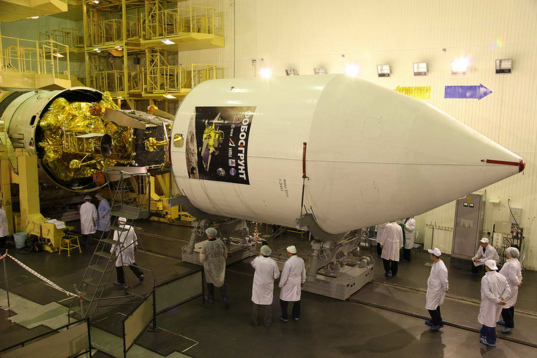 Roscosmos is posting very frequent news updates to their website, along with many, many pictures. The fact that it's not in English nor written in Latin characters does create a hurdle to monitoring the mission's status, so these photos haven't gotten the attention that they should have. So I took the liberty of creating a Flickr photo set of Phobos-Grunt and Yinghuo-1's preparations for launch, which I will add to as I find more photos. (If you prefer, here is a link to the Flickr slideshow of Phobos-Grunt photos.) Most of these photos should be credited to Roscosmos / IKI.

While I was at it, I collected links to all the news items I could find about these launch preparations. The links are all to the Russian-language texts, because I prefer to see things in their original form before running Google Translate on them. The text titles are all Google translations, and some are better than others.