The latest HiRISE view of Opportunity, on Endeavour's rim

In a now-routine act of obtaining detailed photographs of robots from Earth sitting on the surface of another planet, the HiRISE camera on Mars Reconnaissance Orbiter has captured a view of Opportunity sitting on the rim of Endeavour crater. The photo was taken on September 10, 2011, Opportunity sol 2712. 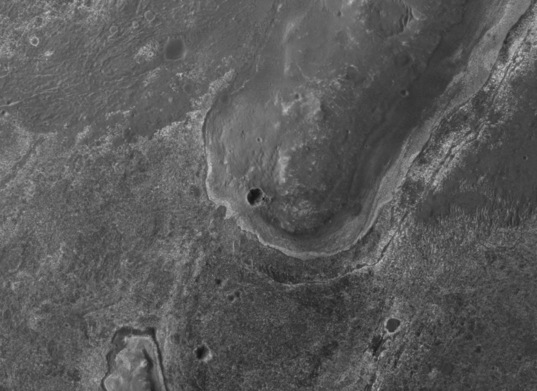 This HiRISE image, taken on September 10, 2011, shows the Mars Exploration Rover Opportunity sitting atop some light-toned outcrops on the rim of Endeavour Crater, near a smaller crater informally named Odyssey. Opportunity travelled nearly three years to reach this rim because it contains rocks even more ancient than the rocks of Meridiani Planum, which the rover has been exploring since 2004, and hence may teach us something about an even more ancient era in Martian history.

It's easy to spot Odyssey crater in the center of the photo, near the southern tip of Cape York. There's a little black dot on the eastern rim of Odyssey, and it's tempting to think that's Opportunity, but it's not; that is a large block of rock named Ridout. Opportunity is a bit farther to the east. Here's a zoomed-in view, with an arrow pointing to the rover, which clearly has tracks trailing behind it. 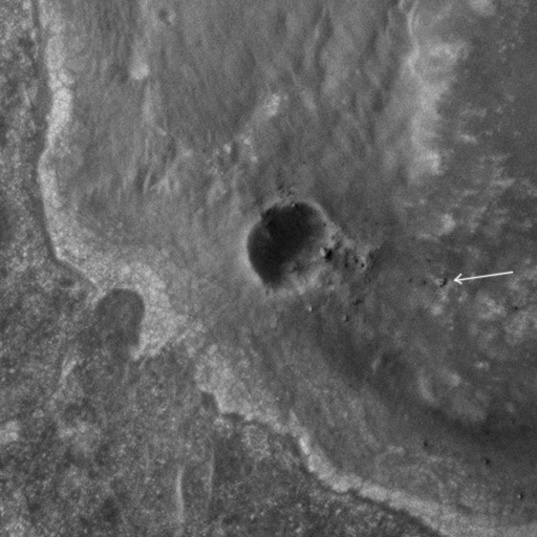