The terrific launch photographer Ben Cooper is at the Cape waiting for GRAIL's Delta 2 rocket to take off, and last night he took this very cool photo: 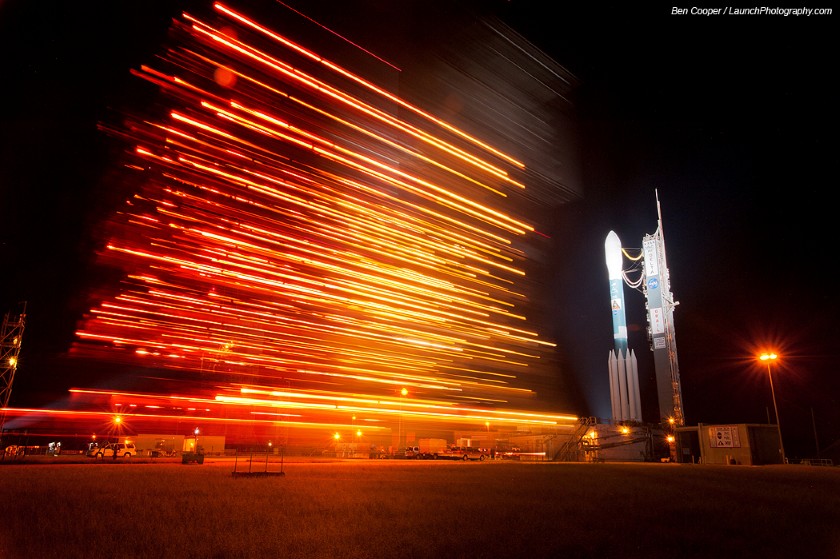 A Delta 2 rocket, the last one planned to launch from Cape Canaveral and next-to-last planned Delta 2 as of this launch, will send NASA's twin GRAIL spacecraft on a mission to orbit the moon. The rocket is in the Heavy configuration with slightly larger solid rocket boosters than a normal Delta 2, for the sixth time. In this time-lapse photo, taken in the late evening of September 7, 2011, The Mobile Service Tower at Complex 17 Pad B rolls back from the rocket.

Ben points out "This is the final Delta mission from Complex 17 after nearly six decades of launches from this, the oldest active pad still in use at Cape Canaveral. Complex 17 saw its first launch in January 1957, from Pad B, and its first space launch in 1960 when Echo 1, the world's first communications satellite, failed to make orbit on what was the first Delta vehicle by name, having been transitioned from the Thor IRBM."