A rare direct hit from a meteorite

Meteorites hit Earth all the time, but they almost never score direct hits on human-built structures (or humans, for that matter). Most stories you'll read on the Web about observed meteorite falls are either wrong or hoaxes. Once in a while, though, direct hits do happen, and it looks like this recent event in Poland was the real thing. I got this story from a blog called "The Latest World Meteor/Meteorite News" and details from a site that they linked to, a wiki on meteorite falls in Poland (in Polish but Google Translate does a surprisingly good job of translating it). Please note that the photos are copyrighted and not for redistribution.

It happened on April 30 in a rural village called Soltmany, just after 6:00 a.m. local time. A cobble-sized rock weighing about a kilogram came down nearly vertically and smashed right through a roof: 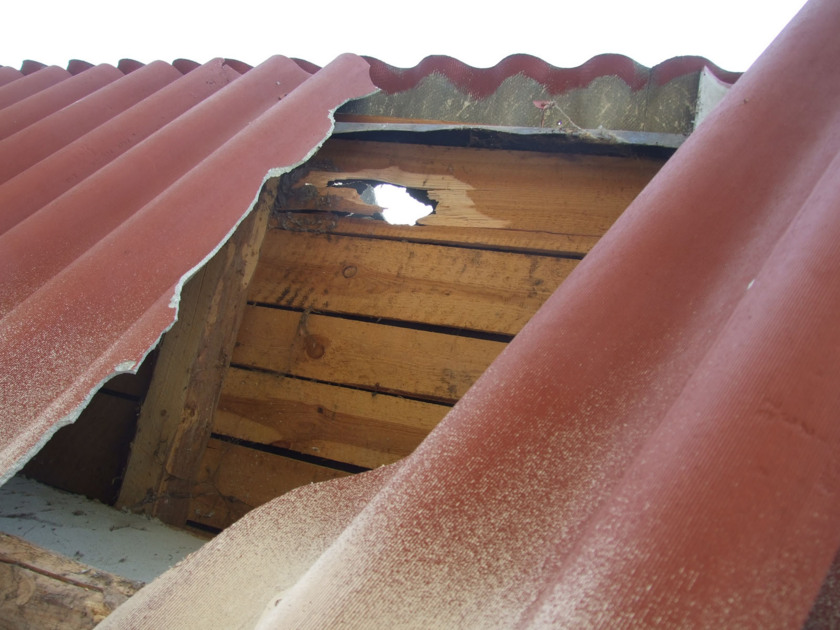 A hole in the roof of a building made by a falling meteorite in Soltmany, Poland on April 30, 2011.

After crashing through the roof it smashed into a concrete path and broke into several pieces. The wiki speculates that had the roof crash not slowed its speed, the impact onto the concrete would have caused it to shatter. The meteorite has a nice conical shape and an obvious fusion crust, both resulting from its high-speed descent through Earth's atmosphere; tests will be needed to make sure of its extraterrestrial origin but it's got all the right qualities to be a real meteorite. 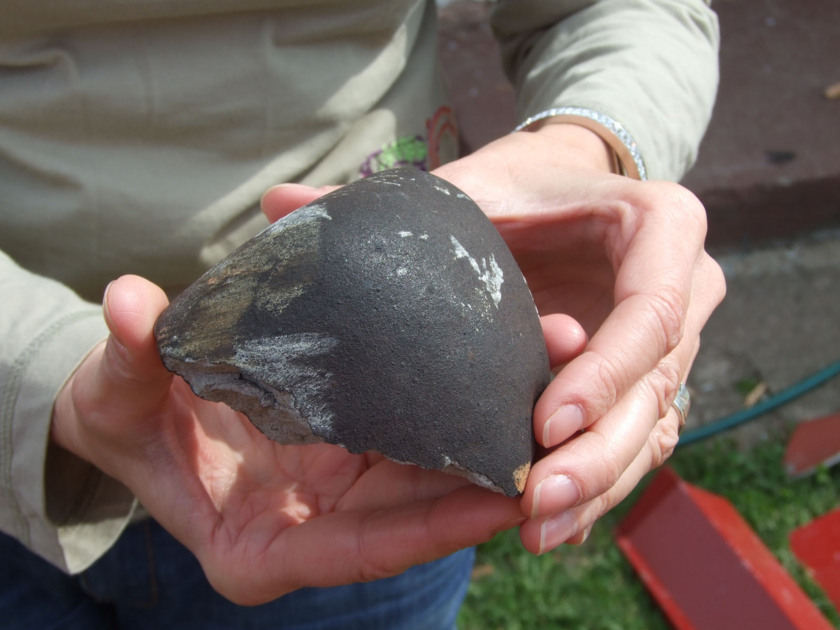 The largest fragment of a meteorite that crashed through a roof in Soltmany, Poland on April 30, 2011. 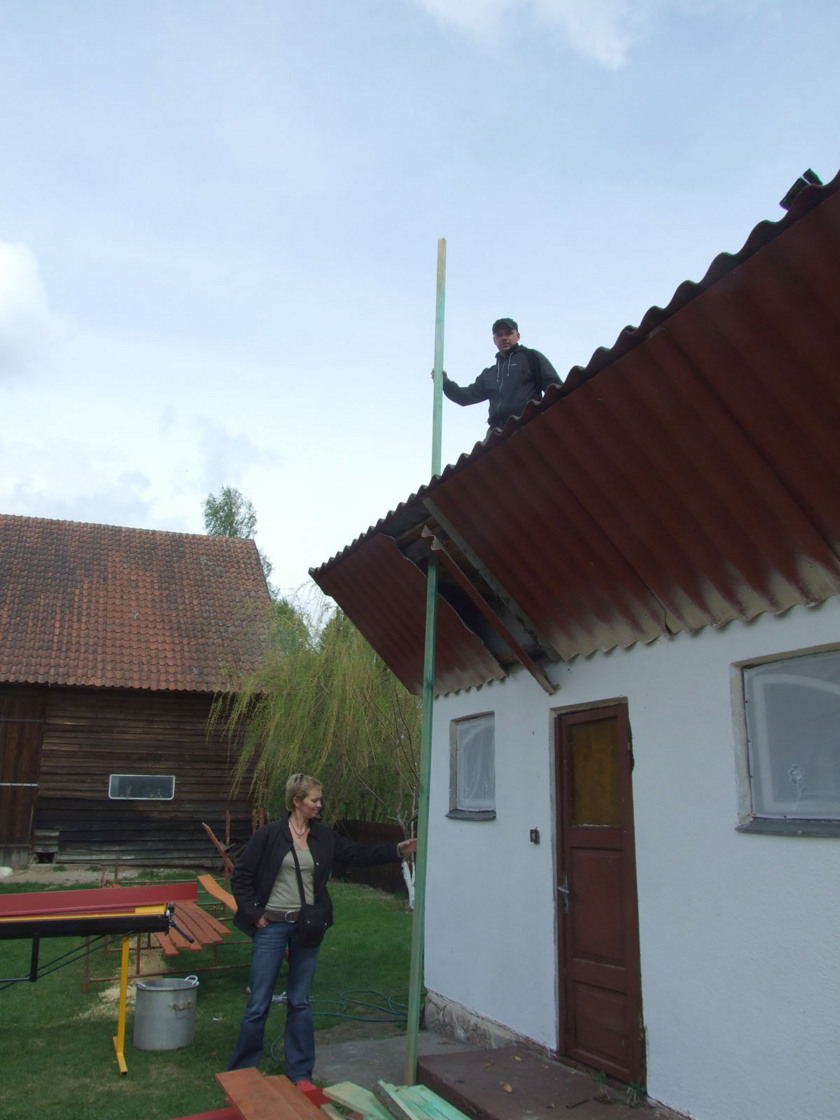 Connecting the dots of the smashed roof and the impact site of the Soltmany meteorite suggests the rock's descent trajectory.

At the wiki there's some lovely eyewitness testimony of the fall from the farm's owner, Mrs. Alfreda. Here is the Google-translated text:

Always I get up at 6 am, myself. Watched her coffee, lit a cigarette and opened the window to the kitchen not Smoke. I heard something but did not know what. Whistle, as if a bomb was coming, then there was the big bang. Actually, a long rumble, a rumble. Was heard explosions? No. Martin's son was in the bathroom and closed the door, despite it all he heard. We ran out of the house, Martin literally in one sock. We thought that the house is falling apart (just changing hosts roof - heavy asbestos cement in light Tile). We look at everything stands. In the shed roof over the door was a hole. Then we saw lying in asbestos cement shed and a large broken piece hanging on a nail.

Martin said that maybe some bird dropped something. I have indicated what it would have to be a bird? We looked at the sky, because I often fly over our aircraft. Maybe one dropped something? At this point, there were no planes. The sky was cloudless, but the sun did not shine much more.

Five yards from the hole, with a pile of planks lying black stone. I raised him. Was he warm? It was not as cold as any other stone. He was different, maybe a little warmer. Held the go and lay on the ground. I had to throw it, but they lay. Martin came back from home. I looked at my watch, it was 6.06. In the yard were no longer than 3 minutes.

Then I went to his daughter Anita to Giżycko. He immediately said: "Mom, this meteorite. Then I remembered how the week before I watched on the Discovery Channel film about meteorites with a man with long hair [the editor probably Robert Haag]. We returned to the place with her daughter. Fragments were scattered over 4-5 meters high with bounced. Pieces were lying on a step into a hole. We gathered them. The rest now and then try to find her daughter-in-law. We took the stone home and głowiliśmy over him. Finally, a Polish television news story on the event, with interviews of Mrs. Alfreda and her daughter.