Book reviews: T Minus and Laika

I recently read two graphic novels exploring the early history of spaceflight, and I'd like to recommend both for summer reading. Although the two overlap in time, they couldn't be much more different. 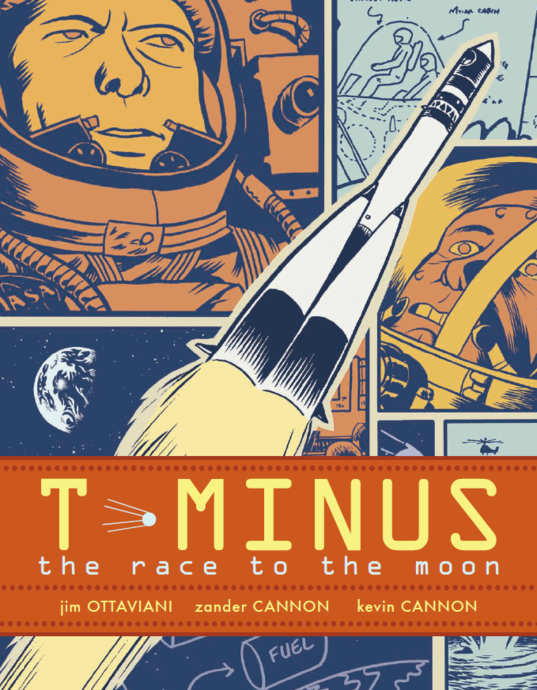 T Minus, by Jim Ottavani, Zander Cannon, and Kevin Cannon

The first is T Minus, written by Jim Ottavani and illustrated by Zander and Kevin Cannon, which chronicles the twelve years before the landing of Apollo 11 on the Moon -- an appropriate book to mention today, the fiftieth anniversary of Alan Shepard's historic mission to become the first American human in space. As the story proceeds, it counts down to the day of the lunar landing, reinforcing again and again a sense of the frenetic pace of the race to the Moon, and the urgency of the competition between the U.S. and the Soviet Union.

It's a very factual account, a sort of a Classics Illustrated-style history of this early period in spaceflight, an educational story that uses the immediacy and drama of the comic book format to deliver a lot of facts and information to a younger reader. Of course it's suitable for older readers too; as a space blogger who's unusually ignorant about the history of human spaceflight I certainly found it both dramatic and educational!

The story panels are accompanied, in the page margins, by useful cartoons illustrating each attempted launch, which I've already found valuable for reference. But I think my favorite aspect of T minusis the variety in the strained expressions that the Cannon brothers drew onto the faces of the astronauts experiencing the discomforts of launches and reentries. 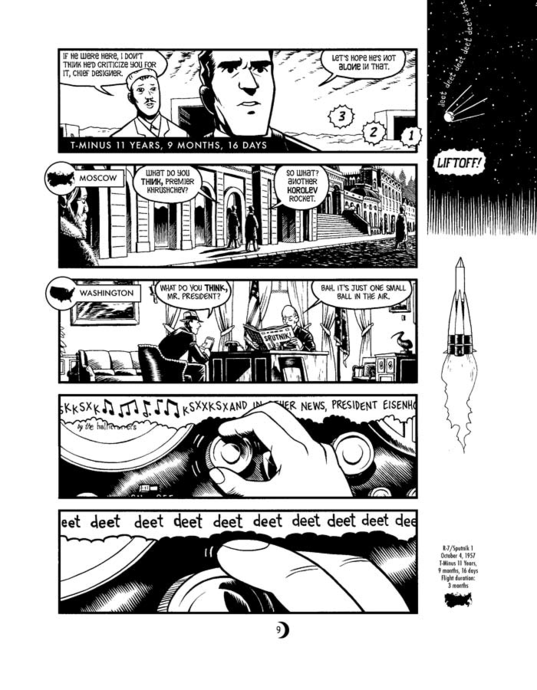 A page from T Minus, by Jim Ottavani 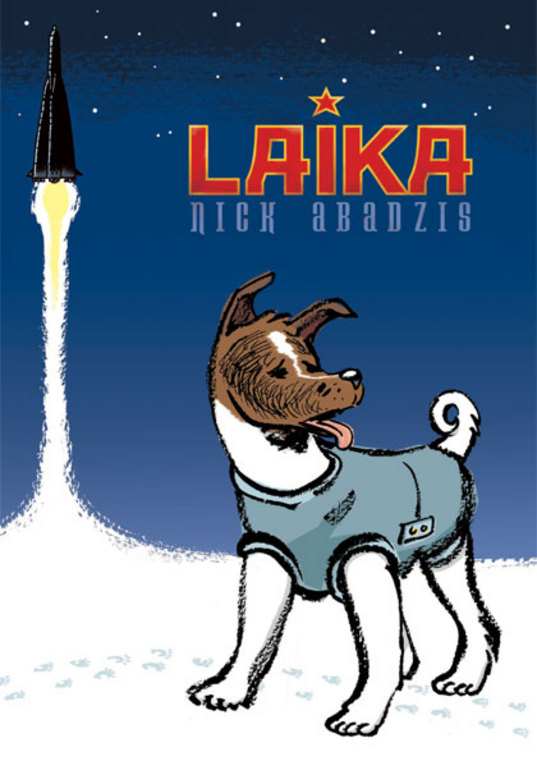 The second graphic novel, Laika, showed up as a "people who bought T Minus also bought this" recommendation at Amazon, but though it overlaps in time with T Minus it is a different sort of story entirely. In Laika Nick Abadzis tells a fictionalized story of the life and death of the first living thing intentionally launched into space: an ex-street dog who orbited Earth aboard Sputnik 2 on November 3, 1957. In 2002 it was revealed that, contrary to previous claims, Laika survived only a short time after launch, succumbing to overheating and stress after only three or four orbits. It was this revelation that prompted Abadzis to write Laika.

Although Laika is the book's central character, I'd argue that the book is less about the little dog than it is about the people whose lives she touched. Abadzis does not make Laika a cartoon by attempting to make her speak her mind in words; throughout the novel, she acts like a dog. The human characters are both real (such as the Sputnik launch vehicle's Chief Designer, Sergei Korolev) and imagined (such as the dog trainer Yelena Dubrovich), and through them Abadzis seems to be exploring how this charismatic dog could have been sent on a trip to space with no hope of returning alive, how that choice was made in the first place and the range of ways people reacted to it, from apathy to grief. (Even if the spacecraft had functioned correctly, she would have been intentionally euthanized by being served poisoned food before reentering and burning up.)

Abadzis thoroughly researched the beginnings of the Russian space program and based his spare drawings on photos and historical sources gleaned from research performed in Russia, so even if the dialogue and many of the characters are fictional, the book tells the story of Laika's launch and of the last hours of her life as accurately as he could. And through the experience of Laika's fictional trainer, Abadzis just rips your heart out of your chest -- poor Laika, who must have trusted her handlers as all dogs trust their masters, even to being packed into her tiny capsule and launched on a mission of no return. It's a fast read and a recommended one, but have some tissues handy! 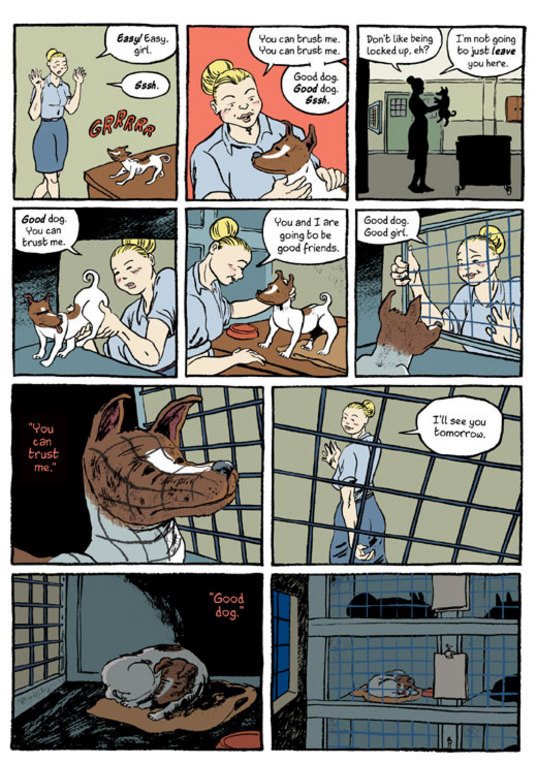 A page from Laika, by Nick Abadzis 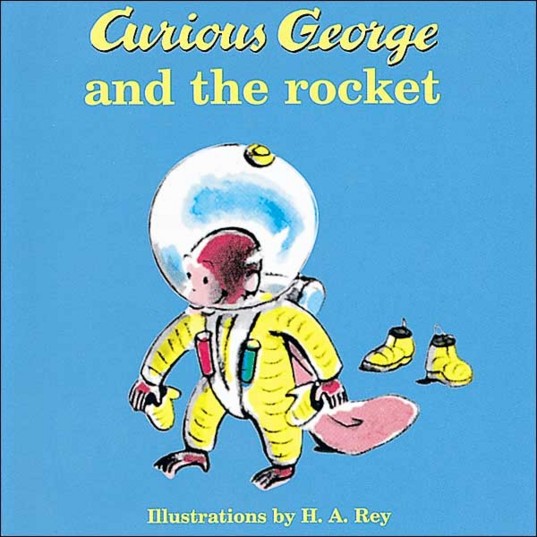 Curious George and the Rocket, by H. A. Rey

Since I'm mentioning stories from early in spaceflight history in illustrated format I'll include one of my favorites for younger readers, Curious George and the Rocket. Although it begins with the customary "George was a good little monkey and always very curious," it doesn't follow the usual George-gets-in-trouble format. Instead, it's George in the role of Ham the Chimp, the first trained American astronaut, on his historic suborbital flight. Ham performed his lever-pulling job well, and so, of course, does George, who wins a medal for his effort! There's a very satisfying two-page spread in the middle of the book where you have to turn the book sideways to see the full length of the rocket and count down to liftoff.