I wrote the following blog entry about an image from Japan's Daichi Earth-observing orbiter last week as one to keep in my back pocket for a day when I was too busy to write, not anticipating that there'd soon be a more pressing reason to write about Daichi. On April 21, after just over five years of orbital operations, Daichi unexpectedly fell silent, and is probably lost forever. The proximate cause was a loss of power, but it's not yet clear why Daichi suddenly lost power. A story from Spaceflight Now points out that electrical system failures doomed two previous Japanese missions. Daichi's images have been invaluable for Japan's earthquake and tsunami response, so this is a very untimely mishap.

On to my original post: NASA, USSR/Russia, ESA, and JAXA are the only agencies that have gotten spacecraft beyond the Moon. But there's another nation that has been launching rockets since 1971, and has developed three (going on four) generations of workhorse launch vehicles. They've focused on Earth observation and commercial applications, so those of us who are interested in planetary exploration haven't paid much attention to them, but India is really quite a big player in near-Earth space. A couple of years ago they even launched 10 satellites on one rocket; I don't know if this record has yet been broken (please comment with a link if it has). This photo tickled my fancy because it was taken by a Japanese spacecraft of India's main launch facilities. 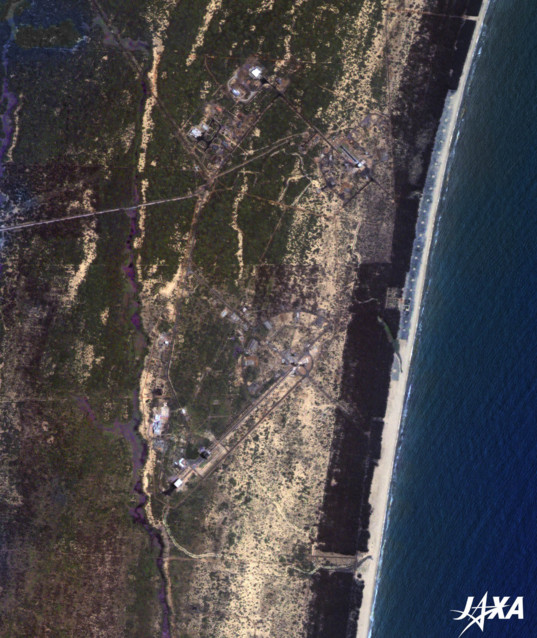