The day is finally here! In only five and a half hours, at 00:45 on March 18 (according to the spacecraft's clock), MESSENGER must ignite its main engine and run though a third of its fuel in only 15 minutes in order to enter its planned orbit around Mercury. One-way light time will be about 9 minutes, so it'll be about 00:54 (just before 6 p.m., my time) when the Deep Space Network antennas in Canberra that'll be tracking MESSENGER's signal should hopefully see the Doppler shift in MESSENGER's broadcast frequency that'll signal that the burn is happening.I erred previously in saying that NASA TV would be covering this -- they won't. Turns out NASA TV will, in fact, be broadcasting tonight. Sigh.

So here is how I plan to follow MESSENGER's Mercury Orbit Insertion (referred to as "MOI" by acronym-happy NASA types):

I linked to the official mission timeline before, but here's a short version, of the key events I'll be looking for this evening. 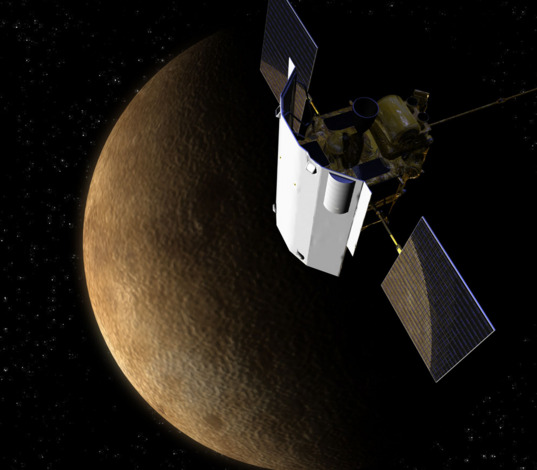