First image from Stardust! ...but a delay for the close-approach ones

Here it is, the first second image from Stardust of Tempel 1 during the close-approach phase: 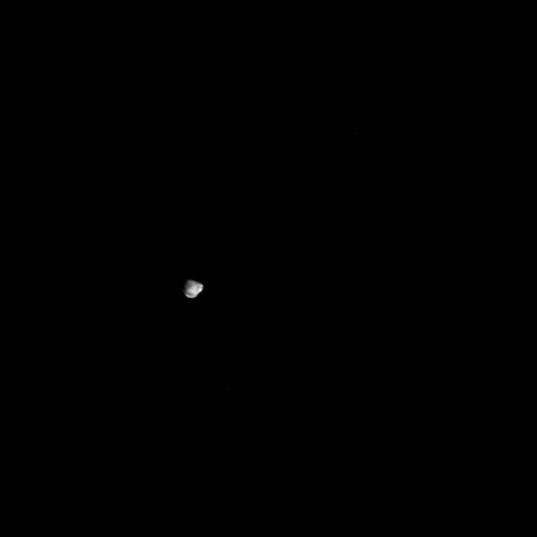 Stardust took this image of comet Tempel 1 at 04:35 UTC on February 15, from a distance of approximately 2,540 kilometers.

The good news is that they have all their images, and according to Stardust's navigation team, they all have the comet centered in the field of view. The bad news is that for reasons as yet unknown, their command to prioritize the five images bracketing closest approach for transmission to Earth first did not work; instead the 72 images appear to be coming down in order, with number 34 or so being the one shot at closest approach. Since it takes nearly 15 minutes to transmit each image, it'll be hours before the close-approach ones come down. They may have to delay tomorrow's press briefing in order to give the science team time for interpretation.

If I were younger, I might stay up to watch them come down from the spacecraft one by one. But I'm tired. So I'm going to go to bed, and hope to see some great images at this page on JPL's website when I wake up.

Congratulations to the team on an evidently successful flyby! And goodnight!