What's up in the solar system in February 2011

Welcome to my monthly roundup of what's happening with our deep-space explorers across the solar system. I apologize for its lateness; two sick kids have drastically affected my productivity this week, but they're better and now I'm getting back to work.

There are two big things to take note of in February. One is Stardust's February 14/15 encounter with comet Tempel 1 (have you entered the contest yet? Win a T-shirt!). The other is an event on a solar mission. I don't usually mention the solar observers in these updates, but something really cool is about to happen on STEREO that overcomes my extreme planetary chauvanism: on Sunday, the twin STEREO spacecraft will finally reach positions that are 180 degrees apart, meaning that they will be able to image the entire Sun at once. According to sungrazercomets on Twitter, they'll reach this point right around half time during the Super Bowl.

Before I go into mission-by-mission detail, here's Olaf Frohn's marvelous map of where all of our explorers were on February 1. Compare it to last month's diagram to see how things have moved. 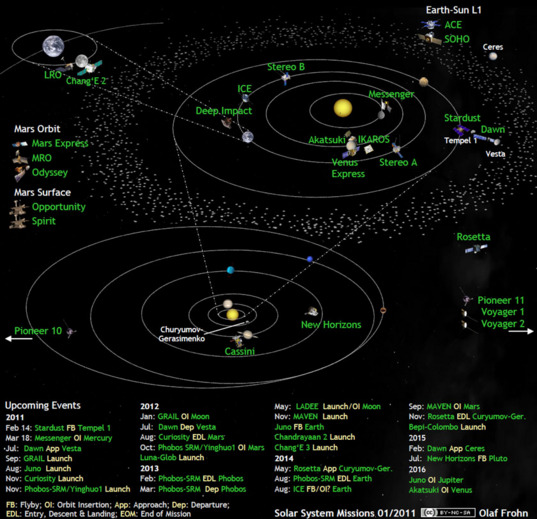 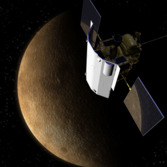 NASA's MESSENGER spacecraft is getting so very close. Only 42 days remain until Mercury orbit insertion (which is planned for March 18, 2011). They've only been releasing one image every two weeks or so to their gallery but that rate should pick up once they arrive in orbit. One of their recent releases was this really nicely captioned color poster of the area they saw in high resolution during the second flyby. I do not know if they have plans to do regular raw image releases or not -- we will have to wait and see.. 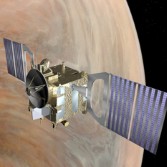 ESA's Venus Express, whose mission is now extended through 2014, will remain the only spacecraft at Venus for a long, long time, now that Akatsuki has missed entering orbit. 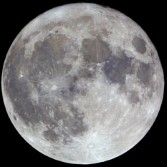 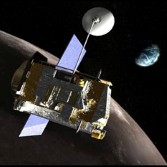 NASA's NASA's Lunar Reconnaissance Orbiter is busily mapping the Moon from its science orbit. They continue to select terrific photos to publish in their gallery. My favorite recent image is this one which contains a stratified ejecta block. When I see layers my first instinct is always "sedimentary" so it's mentally jarring to see them on the Moon, where no water has ever flowed. 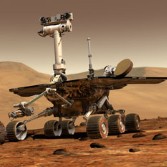 Out at Mars, it's spring in the southern hemisphere, so the rovers' days are longer than their nights. (It's currently Ls 230.4°.) Today it is Mars Exploration Rover Spirit sol 2521 and Opportunity sol 2500. Spirit has still not been heard from since sol 2210 (March 22), but they're still trying to raise her. Since I'm late to writing this update this month, I can read A. J. S. Rayl's latest monthly rover update -- a special 7th anniversary edition -- to fill you in on what's going on. January was a quiet month as they prepared for Mars' solar conjunction; there's a command moratorium in place for January 27 to February 17 for Spirit and February 11 for Opportunity. Opportunity is taking a break from her erstwhile relentless driving by doing some science at Santa Maria crater, taking advantage of her forced inactivity to deploy her Möessbauer spectrometer on a patch of rock called Yuma that may contain hydrated sulfates. Later this month, after conjunction ends, she'll hit the road again. Only six kilometers remain in her journey to the nearest rim of Endeavour crater. Here is Eduardo Tesheiner's latest route map and Google Earth kml file for Opportunity. Also check out James Canvin's special sol 2500 map of the whole journey. 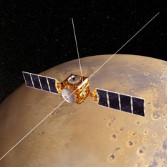 ESA's Mars Express has finished its latest series of Phobos encounters, and there's lots of data on the ground, including some from the MARSIS radar sounder and the Planetary Fourier Spectrometer, though of course what I like best are the fabulous images and videos you can make from them. Mars Express is now in the middle of a five-week command moratorium due to solar conjunction. The poor communications near conjunction probably explain why there were few Mars Webcam photos last month, but there were some cool north polar images processed by Peter Wellmann and posted to their blog. Like Venus Express, Mars Express' mission has been extended through 2014. 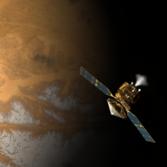 NASA's Mars Reconnaissance Orbiter is keeping an eye on Mars' weather with MARCI; they report widespread dust activity across the whole planet just now. As always, check in on the latest captioned image releases from HiRISE for your dose of spectacular photos. Lots of recent releases, like this one, cover "spider terrain" and other odd landforms seen near Mars' south pole, which is bathing in spring sunlight. 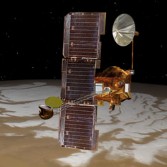 NASA's Mars Odyssey is now the longest-lived spacecraft ever to operate at Mars. You can see the latest from its THEMIS instrument here. These linear ridges are super-cool -- I'd like to check out how they look in various other data sets.. 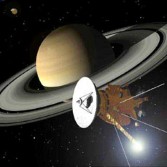 The NASA-ESA-ASI Cassini mission just passed through periapsis on Rev 144, during which it caught some cool images of Helene. The rest of the orbit will be relatively quiet as it heads out toward apoapsis on rev 134 on February 10 before zooming back in to a targeted flyby of Titan on February 18. That flyby won't shift the orbit's inclination much but it will shift it a bit toward the sunward side of Saturn; over the next few months, Cassini's distant views of Saturn will see it appear fuller and fuller. According to the Rev 144 looking ahead article, "Rev145 will be the 'Saturn and Titan Show' as all but one of the planned 15 ISS [camera] observations are dedicated to the two." 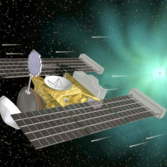 Stardust spacecraft is now only 11 days away from its planned flyby of comet Tempel 1. I'm posting updates on the mission as I get them; the most recent is this one about a successful trajectory correction maneuver. Stay tuned! 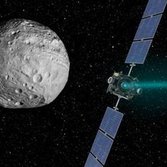 NASA's Dawn has now been in space for three years. It continues patiently propelling itself toward a rendezvous with Vesta in July 2011. Since this update is late, I can link to a very recent Dawn Journal describing their preparations for the orbital mission. Hmm, maybe I should post these things late every month... 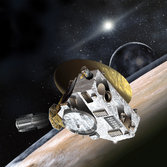 NASA's New Horizons has 13.04 AU to go to reach Pluto. It's still on course for a January to July 2015 encounter with the Pluto and Charon system. The next mission milestone to look forward to is late in March, when it'll pass the mean orbital distance of Uranus (though the planet is nowhere nearby). There are 1621 days left until Pluto closest approach. 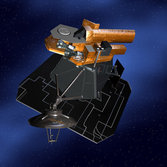 Deep Impact has completed its "EPOXI" mission extension, in which it studied extrasolar planets and encountered comet Hartley 2. NASA is now soliciting proposals for another mission extension. Sadly, there's not enough fuel remaining to target a third comet, but it could conceivably be used for more exoplanet observations from its current orbit. 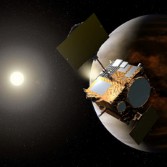 JAXA's Akatsuki is now in solar orbit, beginning its long cruise to a second encounter with Venus in December 2016 (or possibly earlier, depending on how they use the rocket during cruise). 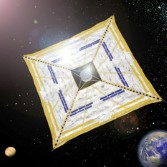 JAXA's IKAROS flew past Venus in December and has been operating successfully since May 21, 2010, really an amazing accomplishment for such a small, experimental craft. According to the latest entry in the IKAROS blog, they communicated with the spacecraft today. 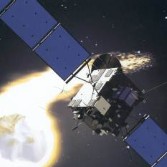 ESA's Rosetta mission has completed a major set of rocket firings to set itself up for the last leg of its cruise to its target comet. Now it is preparing to hibernate from July 2011 to January 2014. The next object it'll encounter will be its goal, comet 67/P Churyumov-Gerasimenko; rendezvous is set for May 2014. 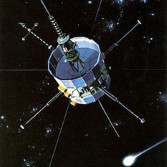 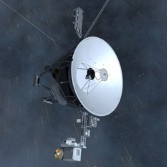