If you are a Planetary Society member, this article expands upon the "Year in Pictures" feature that you saw in the November/December issue of The Planetary Report. That article went to press in early September so there are lots of additional pictures at the bottom, including this incredible one from Saturn only days ago: 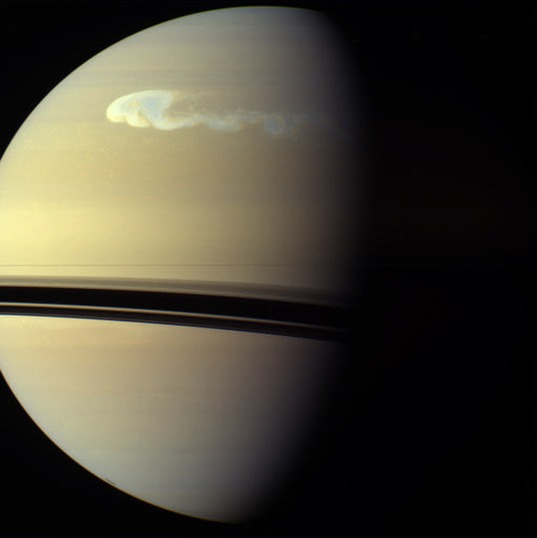 On 24 December 2010, Cassini captured its first complete photos of a massive storm on Saturn that had already captured the fascination of amateur astronomers. The storm was first noticed on December 5 by the Radio and Plasma Wave Science (RPWS) team on Cassini, who detected its lightning emissions and alerted astronomers. Amateur astronomers photographed it shortly after.