The Hayabusa update is brief: having opened the first Hayabusa sample return chamber (compartment A) last month, JAXA has now opened compartment B, and they found nothing inside. However, its internal structure is a bit more complex than compartment A's, and some judicious hunting and tapping of the capsule may yet release some grains. And a few more grains were found in compartment A.

A brief version of the Akatsuki update: the first report from the failure analysis team (the Space Activities Commission) is out on Akatsuki and was discussed at a press briefing at 18:00 on December 17 JST (09:00 UTC / 01:00 PST). At that briefing, several possible explanations were identified for the failure of Akatsuki to enter orbit, and a couple of them might mean that the main thruster nozzle has been destroyed (cracked or even fallen off). Which would obviously be very bad news. 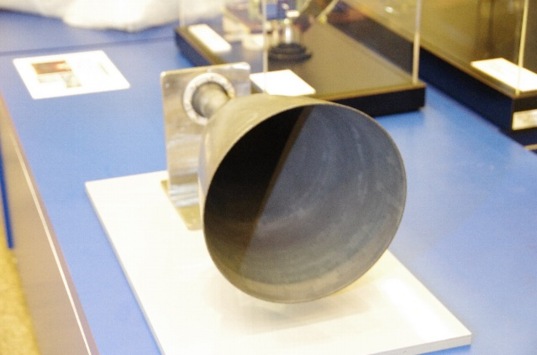 Japan's Akatsuki Venus orbiter is equipped with an experimental thruster with a ceramic nozzle.

An analysis of the possible modes of failure is posted on JAXA's website here, but Google Translate cannot handle the format (PDF) so I don't know what they say. An article posted on the website of the Yomiuri Shimbun newspaper -- posted, I should point out, before the press briefing, so may have been based on incomplete information -- discusses "the possibility of falling off of engine nozzle." An article from the same newspaper that postdates the briefing says that 28 different possible causes of failure were identified, and the available data excludes 23 of them. A translation of the end of this article by unmannedspaceflight.com user pandaneko says that among the possible modes of failure are: (1) clogs in the pipes, leading to anomalous fuel/oxidant mixture ratio; (2) insufficient cooling of the engine; (3) a break in the fuel injection system. The first two would lead to overheating and, ultimately, breakage of the engine nozzle.

Journalist Shin-ya Matsuura posted a transcript of the question and answer portion of the briefing (also in Japanese of course). It's a little hard to trust the machine translation for the technical details, but some messages are clear, like project manager Nakamura saying that their top priority now is to understand the status of the spacecraft, and that they have not given up on the possibility of entering orbit 6 years from now; for the present, "It is only proper that [we be] optimistic." Apparently, according to a Tweet by another journalist, @ots_min, the possibility of aerobraking ("earoburekingu") at Venus has been brought up by questioners, but this would be a worst-case scenario. Also, @hee913758 has some translations to English of Matsuura's notes, including one saying they're beginning to plan experiments on the ground to try to test out some of these possibilities.

Figuring out what's wrong with Akatsuki will obviously be a long process. But to understand how JAXA and Japan feel about this mission, you have to look no further than this cartoon, which was, I think, created by a fan (a member of the public) and postedon JAXA's website. 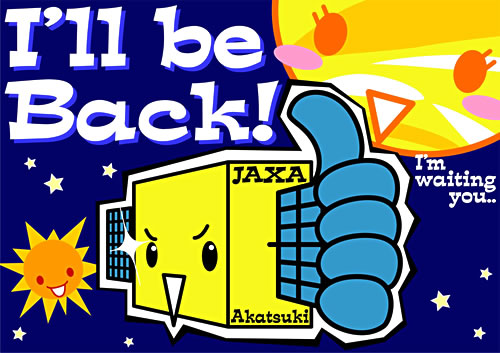