Here's the latest from the NASA site about NanoSail-D:

At this time, it is not clear that NanoSail-D ejected from the Fast, Affordable, Science and Technology Satellite (FASTSAT) as originally stated on Monday, Dec. 6. At the time of ejection, spacecraft telemetry data showed a positive ejection as reflected by confirmation of several of the planned on orbit ejection sequence events. The FASTSAT spacecraft ejection system data was also indicative of an ejection event. NanoSail-D was scheduled to unfurl on Dec. 9 at 12:15 a.m., and deployment hasn't been confirmed. The FASTSAT team is continuing to trouble shoot the inability to make contact with NanoSail-D. The FASTSAT microsatellite and all remaining five onboard experiments continue to operate as planned. 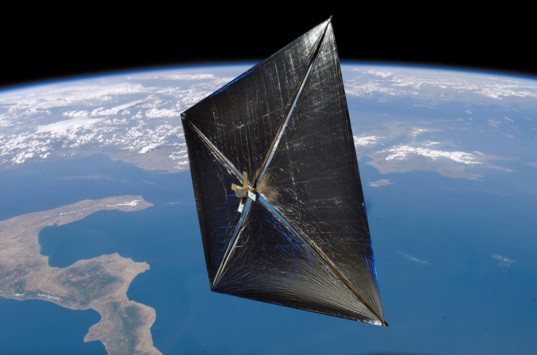 Artist's concept of NanoSail-D in space.