I meant to get these posted weeks ago, along with my reviews of kids' space books, but better late than never! Following are reviews of four books that might make good gifts for the space and science fans in your life. 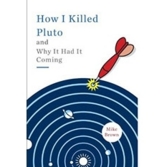 How I Killed Pluto and Why It Had It Coming

If you don't know who Mike Brown is, you can learn an awful lot from his Twitter handle: "plutokiller." He is the Caltech astronomer who co-discovered Eris, whose existence precipitated the IAU's new definition of the word "planet" to exclude Pluto. You might expect Mike to be mournful or even resentful about the new definition, because any definition of planet that excludes Pluto also means that Mike doesn't get to be listed among the august discoverers of planets. But, as you'll learn from reading How I Killed Pluto and Why It Had It Coming, Mike's very personal memoir of the discovery of possible planets and the politics of astronomy, it's not Mike's way to mourn. Instead, appears to take a perverse pleasure in being Pluto's "killer" -- or, at least, in joking with people who take the demotion too seriously. Behind the jokes, though, he's very serious about his concept of what makes up the solar system, large and small.

Mike is a really excellent writer. His words and sentences are simple and direct. His stories and explanations are chosen carefully to always advance his developing narrative and the underlying points he is trying to make, making the book a quick read. His explanation of how he and his collaborators Chad Trujillo and David Rabinowitz accomplished their discoveries are conceptually clear, sparing the technical detail. And he has a gift for the telling of little anecdotes that cleverly illustrate the sometimes odd ways in which people do astronomy. My favorite of these came early in the book, when he described how astronomers used to employ the Palomar Observatory Sky Survey catalog to orient their powerful telescopes on the sky, by taking a Polaroid(!) of a photographic plate from a library and bringing it along to their observing run: "There would always be a time in the night when three or four astronomers would be squinting at a little screen full of stars, holding a little Polaroid picture full of stars, and turning the picture sideways and upside down until someone exclaimed, 'Ah Ha! This star is here, and that little triangle of stars is here and we're in just the right place.'"

The first half of the book details Mike's discoveries: how he came to be a planet-hunter, and the people he met and worked with along the way, including and especially his wife Diane. The second half of the book deals with two controversies, the planet debate and the one about who discovered Haumea, Mike Brown's team or a Spanish team led by José-Luis Ortiz, both of which were unfolding as Mike was becoming a first-time father. I covered the Haumea mess extensively when it happened and didn't learn anything new from this part of the book, which reprints material Mike had already posted on his professional website about Haumea and also on a personal blog about his infant daughter Lilah. The end of the book directly addresses people who are still attached to Pluto as a planet, and lays out his case for why it is not.

This is a book I'd recommend to people who are interested in science but who prefer stories to lessons, and who are interested in the human side of science. It can be problematic when scientists write as much of themselves into stories of discovery as Mike has done with How I Killed Pluto. Mike does, at least, do a good job of portraying himself and other scientists as subjective and human rather than making claims for Vulcan-like dispassion and objectivity. Ultimately, Mike doesn't wind up the hero (or even the villain) of his own book. The real hero in this book is his wife Diane Binney Brown, who puts up, at different times, with Mike's obliviousness, painful sense of humor, ridiculous work hours, long trips away from home, and other sins of a nerdy, obsessive, and productive scientist. Good on you, Mike, for giving her some of the recognition that she so clearly deserves. 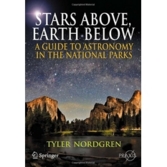 Stars Above, Earth Below: A Guide to Astronomy in the National Parks

A photo essay on a years-long journey to see the natural wonders of dark skies over America's most beautiful landscapes; a primer on geology, astronomy, and planetary science; tales of past explorers; and visions of future exploration of the planets -- Stars Above, Earth Below is all of these.

Those of you who visit the Planetary Society's website will recognize this book as resulting from a sabbatical adventure taken by Tyler Nordgren, who reported on his travels here. The book is like those updates, of course, but much better. In addition to Nordgren's lyrical narrative and breathtaking photos of the Milky Way arching over dramatic mountains, deserts, and shorelines, there are detailed explanations of the current thinking about how landscapes -- both Earthly and alien -- are crafted by the physical processes that operate in and above the surface. The geologic story of America's landscapes is seamlessly interwoven with the stories of landscapes found across the solar system, from Mercury and the Moon and from Io to Enceladus.

Nordgren's text is accompanied by a truly exorbitant number of photos and diagrams, all printed in full color. The figures don't just illustrate the text; they expand on it. For example, in the chapter about the lunar eclipse he witnessed and photographed in Grand Teton National Park, there are photos of the eclipse, maps showing its extent, maps showing the locations of future lunar and solar eclipses, and, for good measure, time-series photographs taken by the Mars Exploration Rovers Opportunity and Spirit of eclipses of the Sun by Phobos and of Phobos by Mars.

The book is intended to be read in order, but the chapters stand well enough on their own that you can use it in "field guide" fashion. If you are planning a visit to any of the dozen or so national parks specifically discussed int he text, you can discover some of the same amazing sights that he did, either by day or at night.

The book will delight space fans, but I think that it will do a greater public service by exposing those people who already love the wonders of America's national parks to the amazing discoveries made and new places seen throughout the Space Age. And I think it will leave them with the appreciation that the modern exploration of the solar system, and beyond, continues the tradition of the explorers, scientists, and artists who returned the first reports of Americans exploring the thrilling beauty of our gorgeous land. 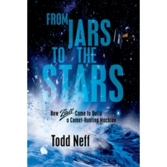 From Jars to the Stars: How Ball Came to Build a Comet-Hunting Machine

How did a company best known for making the glass jars used for preserving jelly and pickles come to be the engineering firm that sent not just Deep Impact but also numerous other craft, including a long line of Orbiting Solar Observatories, to space? Todd Neff explains in an encyclopedic recounting of Ball Aerospace Corporation from its humble beginnings to the company that achieved the seemingly impossible goal of hitting a bullet with another bullet while watching with a third bullet in deep space.

Neff's story is exhaustive in its detail. This is both positive and negative. It's cool to learn about the unsung stories of the minor players in Ball's development. But it's so packed with detail that I found myself repeatedly losing the thread of the story as we wandered down biographical byways. Which isn't to say it wasn't interesting; the book just reminds me of a conversation with my grandfather, who'd start telling me a story and then get sidetracked whenever he mentioned a person who figured in his story, and he felt compelled to tell me that person's life story, and then where were we? Oh, yes, I was telling you about...

But every one of the people who appears in From Jars to the Stars contributed something important, and has something to say that is important even today. For instance, one lesson learned from the University of Colorado's "Rocket Project," written down in August 1951 after they had blown over budget and over schedule to develop the first biaxial pointing control, was "Needless to say, it was impossible to estimate the development cost of an instrument which had never been built." A look at the James Webb telescope's budgeting woes tells you that this problem of how to estimate the cost of something that has never been done before hasn't been solved yet.

One of the blurbs on the back of the book, by Charles Pellerin, says that "Current and future rocket scientists will find this book valuable and interesting reading." It's a thorough, detailed guide to the exacting engineering problems and excruciating political problems that have to be solved in developing even the smallest space mission at one of the smallest, most nimble aerospace companies. 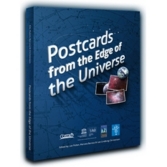 Postcards from the Edge of the Universe

Postcards from the Edge of the Universe is a compilation of 24 articles written by the astronomers and planetary scientists of the blog Cosmic Diary. It's like reading a year's worth of Planetary Report feature articles, each written on a favorite topic in current scientific exploration of space by a researcher who's actively involved in the work. Authors include (among people I'd heard of before) Brother Guy Consalmagno, Franck Marchis, and Athena Coustenis; there are lots of fresh young faces from people all over the world doing great research.

The European Southern Observatory has done a fantastic job converting the blog material to print format, with an attractive layout that takes advantage of two-page spreads to print glorious color photos of galaxies, clusters, planets, and asteroids. And it's free to all in PDF format, and in hard copy to educators; what's not to like?