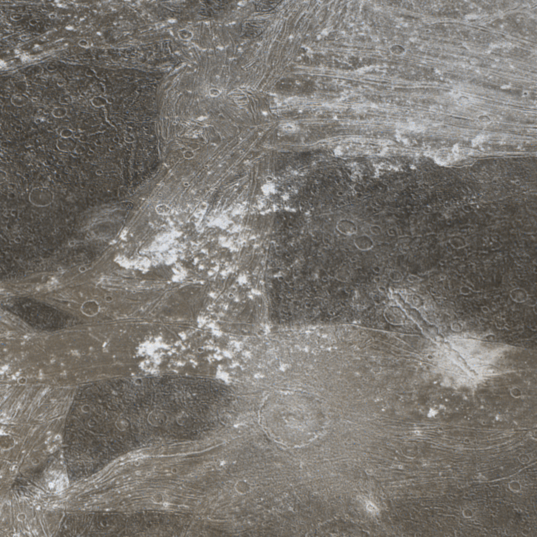 This landscape is actually covered not with "wispy terrain" (that's found elsewhere in the solar system) but instead by "grooved terrain." And "groovy" is synonymous with "Ganymede," at least if you're a planetary geologist. Ganymede is, of course, Jupiter's largest moon -- the largest moon in the solar system, in fact. Galileo swung close to Ganymede on December 28, 2000 to capture the images for this observation of its surface.

The images that Galileo took here were in green and violet wavelengths, so Gordan Ugarkovic created a synthetic red-filter image to make the color view.