An unusual Hubble photo of Mars

EDIT SEP 22: Some astute readers noticed this image was originally posted mirror-reversed. That has been fixed. --ESL

Some time ago amateur image magician Ted Stryk dug up this lovely view of Mars, captured on May 9, 2003 by the Hubble Space Telescope. This photo is unusual for its relatively high phase. Telescopes on Earth most often observe Mars when Mars is at opposition -- when Earth stands between Mars and the Sun. By definition, when Mars is at opposition, it is also near zero phase, or fully lit by the Sun. This view, by contrast, was taken at a time when Earth and Mars were roughly 40 degrees apart in their orbits. That gave Earth-based telescopes a view of a gibbous Mars. It also made Mars considerably smaller in Hubble's view than it would have been at opposition (it was 10 arcseconds across in this image, but would be as much as 25 arcseconds across later in the year, at opposition). Still, Hubble sees plenty of detail on both Mars' surface and its cloudy atmosphere. This would have been roughly around the time of the autumnal equinox in Mars' northern hemisphere. 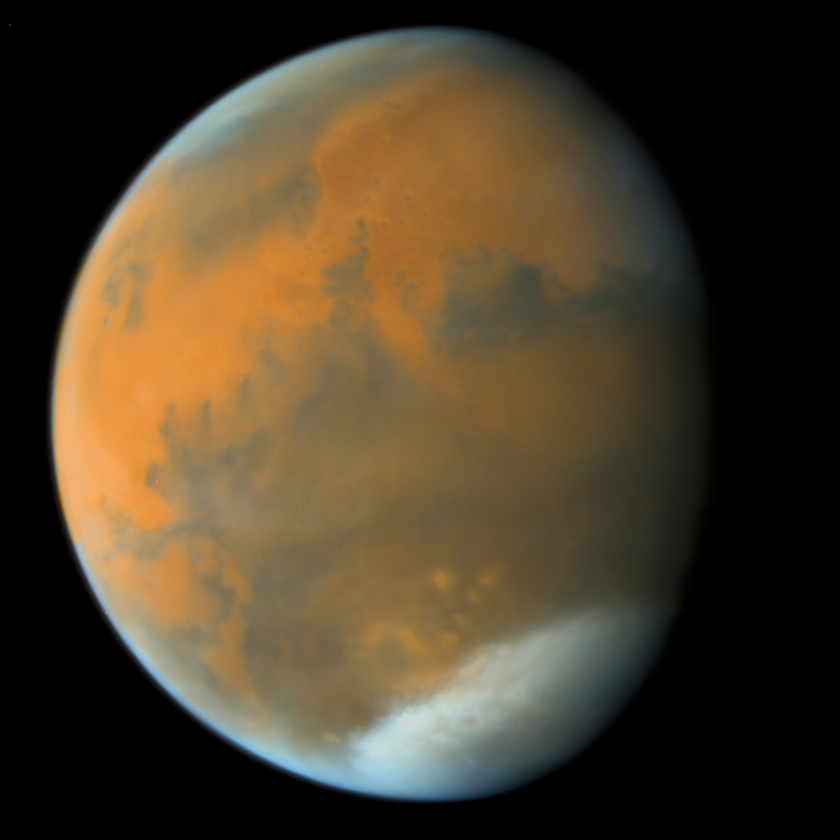