Elephant Skin on the Moon

There's a name for that funny hummocky texture to the lunar landscape: "elephant skin." I know that now, thanks to an image featured on the Lunar Reconnaissance Orbiter Camera website on May 13. Here's a closeup of what elephant skin texture in the lunar soil looks like: 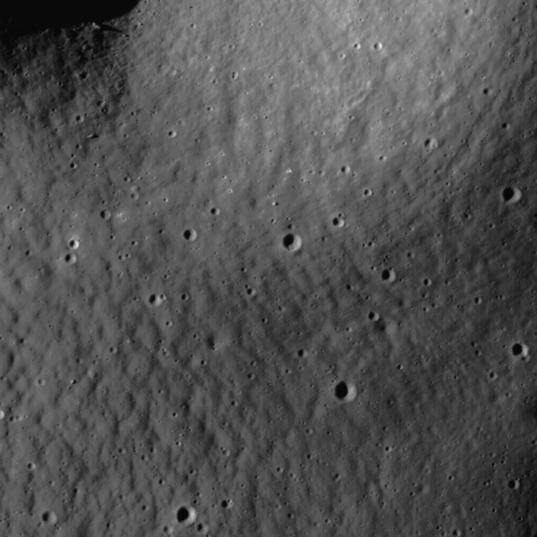 Regolith patterns in the Mendel-Rydberg Constellation region of interest. The hummocky topography of the lunar soil (or "regolith") is referred to as "elephant skin" texture. NAC image M118090761, image width 640 meters.

It's interesting -- what causes it? The LROC image caption says it "is probably the result of slow movement involving thermal cycles of the lunar day-night and seismic shaking from meteorite impacts," but evidently lunar scientists aren't sure because "The high resolution LROC images and accurate topographic information will help sort out the causes of this long-known surface characteristic of parts of the lunar surface." It's more noticeable in images when the Sun is lighting the landscape from an oblique angle, which picks out subtle topographic features through the play of light and shadow.

The closeup above was taken directly from the LROC website, but those inline images are always just a teeny tiny fraction of what there is to be seen in the full image. Here is a larger segment of the image, itself still just a few percent of the full LROC frame. There's so much data and so little time to explore it all! 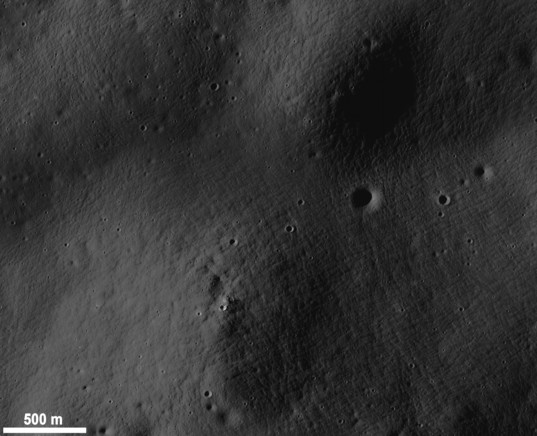 A slice of LROC image M118090761LE shows the hummocky pattern in the lunar regolith that is referred to as "elephant skin" texture. The image is about 3 kilometers wide.