EDIT 10:35 PM: Animation added at the bottom of this post.

I've been watching and waiting for these photos for days! We've already seen IKAROS' view of its deployed sails from cameras attached to the spacecraft, but, in a brilliant idea, the Japanese built IKAROS with two deployable cameras that could view the thing from a distance. They're two tiny little things, I think only about 5 centimeters across, that just get shot out (gently) from the spacecraft and wirelessly transmit their photos to it. And such photos! So cool! 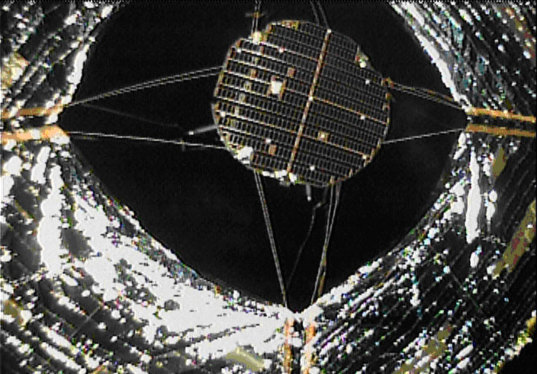 DCAM2 is a tiny camera deployed by IKAROS to photograph its sail after deployment; it captured this view after sail deployment was complete, transmitting the images wirelessly to the spacecraft.

And here's the money shot, the distant view -- so square, exactly as it should be! Awesome. 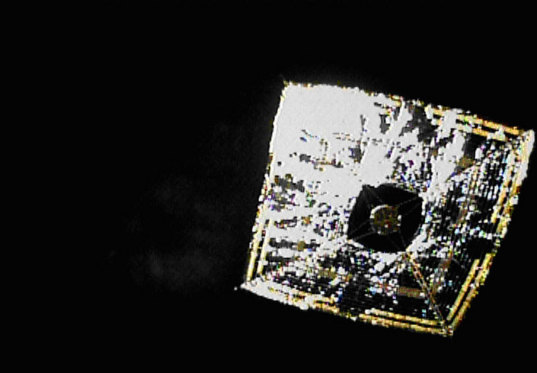 One of the deployable cameras on IKAROS shows the IKAROS solar sail fully deployed.

Location of DCAM1 and DCAM2 on IKAROS

So cool! That's all the analysis I have time for -- it's the kids' bathtime -- but I'll write more tomorrow.

EDIT: One more thing to add before going to bed: an animation, taken by DCAM2 as it receded from the sail (from here). Again, so cool.