The mission team reported last night that Hayabusa's final maneuver, a three-hour "firing" of its ion thrusters to fine-tune the spacecraft's trajectory toward Australia, was successful. That is almost certainly the very last time that Hayabusa will ever use its ion engines -- the spacecraft has completed its ferrying work with a combined 40,000 hours of ion engine thrust, a mind-boggling number. (I think that's what this later Hayabusa blog entry is talking about.) Of course it must still separate the return capsule, an event that should happen just three hours before it lands on June 13. All continues to go well.

The Hayabusa team posted a note about optical observations of the entry that suggests it will be difficult for most people to observe. However, via Daniel Fischer I learned that a NASA DC-8 airplane has headed to Australia to attempt to observe the capsule's entry -- and also to broadcast live video of the event!! There's further information here. That site also says that the entry should happen at 13:51 UT. They are clearly not sure they'll manage to accomplish a live broadcast, but they do plan to post video afterward.

Meanwhile, JAXA is ready to accept the sample return capsule and discover what's inside. While he was in Japan for the IKAROS sail deployment, Lou Friedman was treated to a tour of the Planetary Sample Curation Facility. Here's a wide view of the clean room: 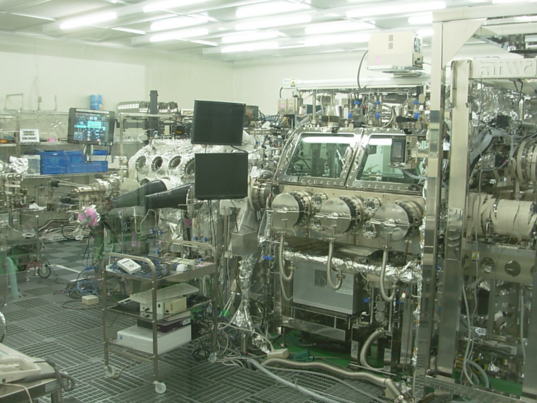 A view into the Clean Room in the Planetary Sample Curation Facility at JAXA, ready to receive the sample capsule from Hayabusa.

Lou wrote about this tour:

A relatively small room with only narrow corridors outside, I imagine (with no real knowledge) hundreds of people lined up to watch the procession of the sample being taken from the truck through several doorways and corridors into the Curation Facility, onto a table and someone unscrewing the cover with cameras watching and seeing if there is anything -- rocks, pebbles, dust, whatever -- inside. It will be a time of great suspense -- and adventure.

Here he is looking at a mockup of the actual return capsule -- it's so small! 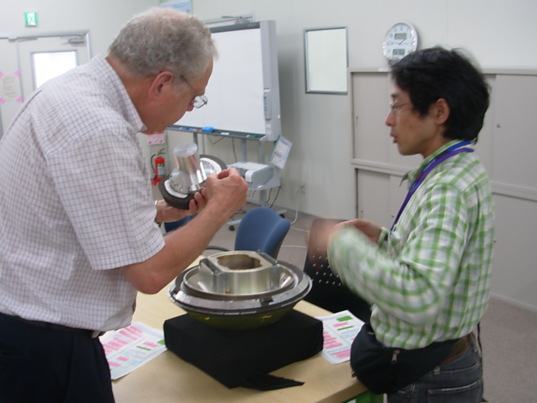 Inspecting a model of the Hayabusa sample return capsule

Here's a view of Lou with the full-scale model of Hayabusa in their museum: 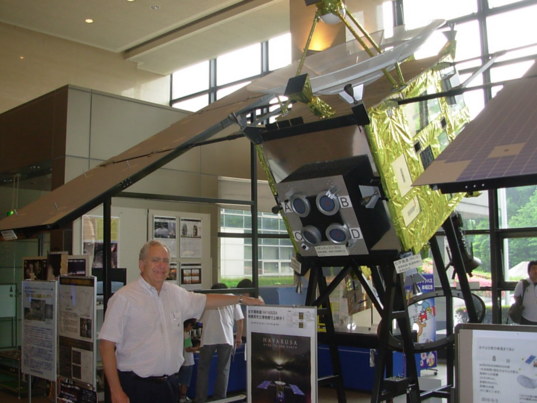 Lou Friedman with a model of Hayabusa

And finally, here's a photo of a model of the sample horn, the part of Hayabusa that actually touched an asteroid. 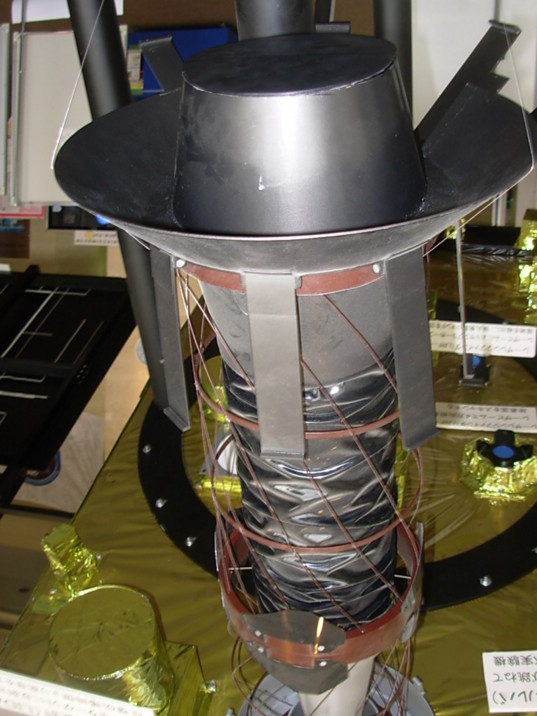 A closeup view of a full-scale model of Hayabusa's sampling horn, which definitely contacted Itokawa. It had a mechanism designed to fire pellets at the asteroid; the impact of the pellets should have caused material from the asteroid's surface to spray up and into the horn and into the open sample capsule. Evidence suggests that the pellets did not fire, but the facts are murky because the spacecraft temporarily lost power after its second encounter with the asteroid, corrupting its data. So until the capsule is returned to Earth it will not be known whether it contains any samples of the asteroid or not.