JAXA has posted a short update on their solar sailcraft IKAROS, stating:

My interpretation of this update (and let me be clear, this is just an interpretation, based on no more information than what I posted above) is that the all the instrument and systems checkouts have been completed, and the spacecraft is operating normally; so now they are ready to proceed toward the delicate operation of sail deployment. 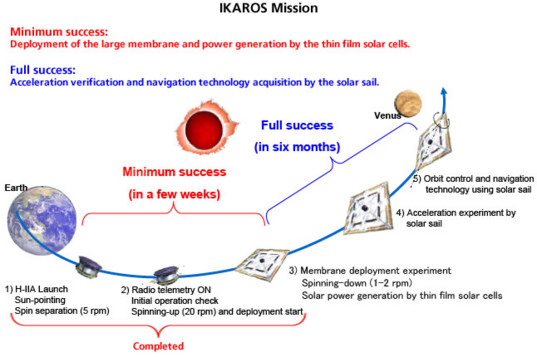 Meanwhile, on May 21, the student-built Venus-bound spacecraft Shin-en (UNITEC-1)'s operators reported that its signal had been received.