Yesterday the Jet Propulsion Laboratory formally announced the launch dates chosen for Curiosity, the next generation Mars rover also known as Mars Science Laboratory. Of course, once the launch date slipped from October 2009, it was always known that the next launch opportunity would not come until late in 2011 with the next alignment of Earth and Mars. But this announcement marks the first time I've seen actual dates put on the launch period, most importantly the first possible launch date, November 25, 2011. Which is the Friday following Thanksgiving. Planetary alignments seem to love making us all work over holidays! 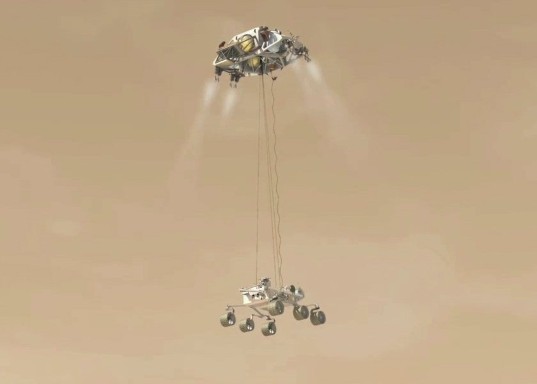 The actual launch period will go from November 25 to December 18, 2011. Launch within that period will result in a Mars landing between August 6 and August 20, 2012. This is a relatively short cruise period, and it apparently results in a landing geometry such that Curiosity will not have direct-to-Earth communication capability during landing. Which sounds a bit scary except that this was apparently a consequence of making sure that Curiosity would be in direct communication with both Mars Odyssey and Mars Reconnaissance Orbiter throughout entry, descent, and landing, and, moreover, Odyssey will have direct communication with Earth throughout the same period. What this means is that there will be a "bent-pipe" relay from Curiosity, to Odyssey, directly on to Earth, giving mission controllers telemetry from Curiosity very nearly as quickly as though it were coming direct from the rover, plus it will be at Odyssey's high-gain antenna's data rate of 8 or more kbps as opposed to Curiosity's low-gain antenna's data rate of 1 bit per second. This is how we got the data from Phoenix' landing, and it worked great then.

Of course, it does require Odyssey to still be alive in August 2012, two years from now. There's no particular reason to expect that it won't be. I will mention though that, some time in December, Odyssey will surpass Mars Global Surveyor to become the longest-lived spacecraft to have ever operated at Mars.

In August 2012, it will be late winter in the southern hemisphere, late summer in the northern hemisphere. We still don't know where Curiosity will be landing, so it's not known yet what kinds of environmental conditions the rover will be dealing with upon landing. If the rover is sent to the south, the mission might actually start kind of slowly. Although the rover is nuclear rather than solar powered, there is not an excess of power, and during the winter a lot of that power will have to be used to warm the motors before they can roll the rover.

Curiosity, Curiosity. I still don't love the name but it's growing on me slowly; I think I felt the same way about Spirit and Opportunity after they were announced. I'm getting more time to become accustomed to this one. I noticed that the JPL press release about these launch dates didn't include either the name "Curiosity" or "Mars Science Laboratory" in the title; the longer name was used in the first paragraph, but then "Curiosity" was used the rest of the way through. Regardless of my feelings for the name I'm glad there isa nickname for this mission; I hate long unwieldy names like Mars Science Laboratory and Mars Reconnaissance Orbiter, but I hate acronyms more because they are obfuscatory to newcomers. So I am gladly following JPL's lead and will be calling this spacecraft Curiosity from now on. 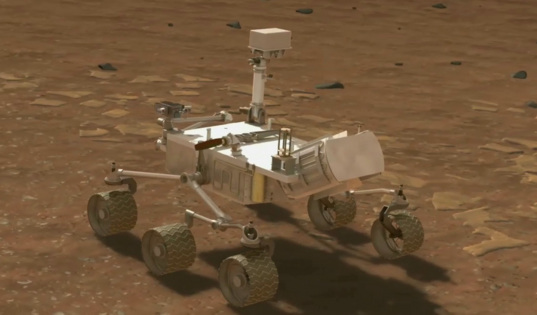