Akatsuki, IKAROS, UNITEC-1, and your names are on their way to Venus

It was a picture-perfect launch for three Venus-bound spacecraft this morning: the Akatsuki Venus orbiter, the IKAROS solar sail, and a university-built minisat named UNITEC-1. The three lifted off along with three other small piggyback satellites from Tanegashima Space Center at 6:58:22 local time May 21 (21:58:22 UTC May 20). After leaving the three mini-sats in Earth orbit, the rocket's second stage sent Akatsuki, IKAROS, and UNITEC-1 on their way to Venus. The entire launch proceeded as planned. 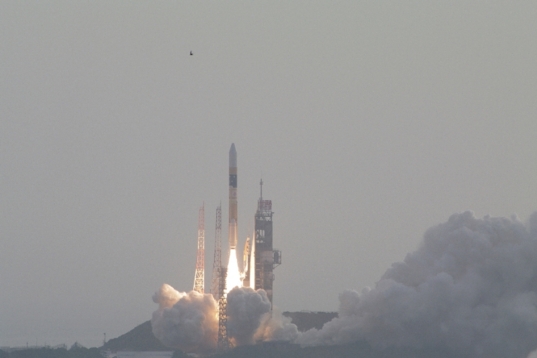 On May 20, 2010 at 21:58:22 UTC, an H-IIA rocket lifted off from Tanegashima Space Center with six spacecraft aboard. Three were left in Earth orbit, and three were sent on toward Venus.

Following the burn of the rocket's second stage, Akatsuki separated successfully. Thanks to @kurtjmac on Twitter for catching this image! 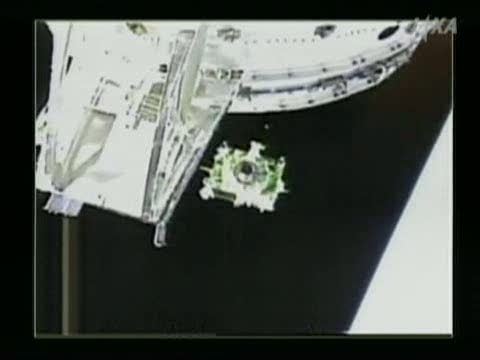 Akatsuki on its way

A photo taken from the second stage of the H-IIA rocket shows Akatsuki separating successfully, beginning its solitary journey toward Venus

Now that the launch vehicle's work is done, Akatsuki's systems will be checked out, a process that will include three attempts, spaced a day apart, to photograph Earth with its science instruments. Venus orbit insertion is scheduled for December. JAXA reported shortly after the launch that the solar panels had opened successfully.

IKAROS separated successfully as well, 15 minutes after Akatsuki. It will complete its in-flight checkout before deployment of the sails, within a few weeks.

My heartfelt congratulations go to JAXA, and my thanks, too, for the effort they made to get information out about this launch in real time in English!

This means, of course, that your names are on their way to Venus, too, aboard both Akatsuki and IKAROS -- as long as you are a Planetary Society member, or if you signed up on our website! So congratulations to you too!