Akatsuki and IKAROS launch scrubbed due to weather

The countdown for the planned launch of Akatsuki and IKAROS got to about four minutes before they decided to cancel the attempt due to weather, and I can't blame them: 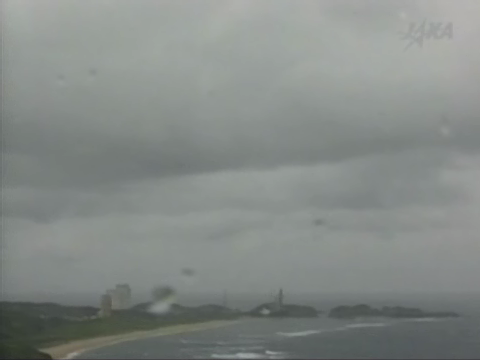 A camera on the seaside launch pad for Akatsuki and IKAROS shows the inclement weather that resulted in the scrub of the attempted May 17 (May 18, Japan time) launch.

There is no announced reattempt date yet. It won't be tomorrow, but that's all I know. I'll post an update when I do know.