Naming X: A contest for kids to name small bodies

EDIT: The entry deadline is MAY 30.

Well, this is exciting! A contest has just been announced that appears to create a pathway for schoolchildren to suggest names to the International Astronomical Union for minor planets -- all those small things in the solar system that don't orbit the eight big ones. There are thousands and thousands of minor planets, and only a few of them have names. Asking kids to suggest names is a great way to get them excited about what's out there, and also, by the way, to motivate them to do some research, which they have to do in order to eliminate names that have already been used. That's why The Planetary Society has always advocated for naming contests for space missions and objects; contests that we've organized have resulted in the names for three minor planets, Bonestell, Nereus, and Braille. 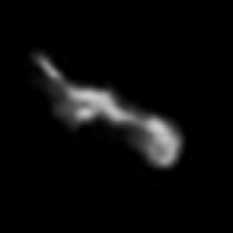 Here's the scoop on how to enter the contest, taken from the Naming X website. That website makes a big deal about Venetia Burney, the girl who named Pluto, who died a year ago tomorrow. But I want to make it clear that we are not talking about naming more Plutos here. Contest entrants are submitting names into a pool, from which the Committee for Small Body Nomenclature can (but is not required to) draw to name previously unnamed objects. Although it's theoretically possible that names from this pool could be used to name the big ones, I think it's more likely that they'll turn up as names for the much more common, smaller ones. But that, I think, is a good thing, because that means this contest will, I hope, not have just one or two "winners." There are boatloads of unnamed small objects out there -- like 2005 YU55, for instance -- so this contest appears to present a pathway for many kids to name space objects. Cool!

From the press release:

As a tribute to Venetia's extraordinary contribution and to [Pluto's] young discoverer, the American Clyde Tombaugh, Space Renaissance Education Chapter, in collaboration with Father Films, announce the launch of Naming X, a global online competition, to find the next influential student or school group with the creative and scientific talent to suggest a suitable name for a minor planet and a reason why.

Winning names will pass through the same judging process as any other minor planet name proposals from discoverers or orbit computers.

The process is detailed and can take from 4 to 6months for a decision to be made, so there is no guarantee that Naming X's winning names will be accepted, applied or used....

To adhere to the CSBN's naming of minor planet protocol suggested names must be:

Submissions to Naming X closes on 30th May 2010 and winning names will be announced around June 14th 2010.

To enter, kids (or their teachers or parents on their behalf) must send an email before May 30 to namingx@gmail.com with the Subject line of the email of the form "Category N - NAME" where N is the age category in which you are entering and NAME is the name you are proposing. Provide the 25-word-or-less explanation and the personal/school information in the body of the email. Note that you are NOT proposing to name any specific unnamed object; you are simply suggesting a name that could be used for any previously unnamed small body.