Either Spirit is the longest-lived landed Mars mission ever, or she is not. We won't know for certain unless we manage to observe a radio signal from her.

What we know is this: Viking Lander 1, the record holder for longest-lived spacecraft on the surface of Mars, was last heard from on sol 2245 of its mission, November 12, 1982. At that time, Viking Lander 1 was communicating with Earth only once per week. On the next scheduled communications day, November 19 -- Viking's sol 2252 -- Earth controllers radioed a list of commands to the lander that were intended to change the way Viking Lander 1 recharged its deteriorating batteries, and then waited to hear the response from the lander. But no response was heard. They declared a spacecraft emergency on November 20. 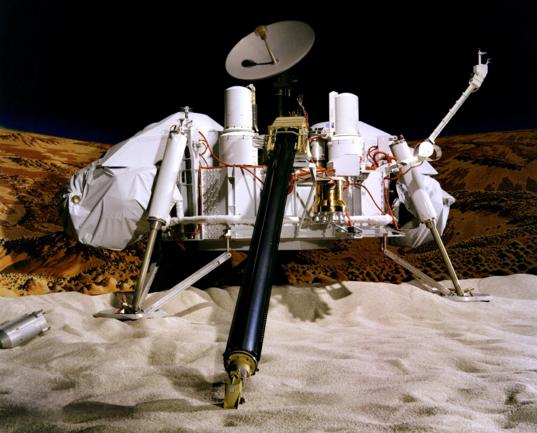 Investigation of the problem turned up the most likely culprit: the new battery-charging program had been written into a part of the spacecraft's memory that the lander had been using to store the information it needed to determine how to point its high-gain antenna to Earth. So the lander was likely to be alive, but pointing its antenna in the wrong direction. The engineers tried lots of creative solutions intended to recover the spacecraft, but had to declare defeat on February 25, 1983.

(If you'd like to read more about the story of the loss and attempted recovery of Viking Lander 1, read JPL Publication 82-107.)

So Viking Lander 1's last communication with Earth came on its sol 2245. It probably survived until sol 2252, but we don't know for certain. Spirit's sol 2245 corresponded to April 27, 2010, but we have to add a day to Spirit, because the Mars Exploration Rover missions (and Pathfinder also) called their landing day "sol 1" whereas the Viking landers (and also Phoenix) called their landing days "sol 0." So if Spirit survives sol 2246, which began today, April 28, 2010, and ends tomorrow, then she outlasted Viking 1's certain longevity. If she survives sol 2253, which ends on May 6, then she definitely will have outlasted Viking 1.

But we don't know, and can't know, if Spirit is still alive or not, because she's not talking to us right now. If she is, and I think that most knowledgeable people think it's likely she's still alive, just hibernating, then she deserves a party for becoming the longest-lived thing on Mars. But we won't know if she made it until she manages to power back up and call home to Earth. The winter solstice is still more than two weeks away; that's the solar energy nadir for Spirit, and we likely have another three months to wait at least until the Sun climbs high enough to power her back up.

Which is why Spirit is now Schrödinger's Rover. She may be the longest-lived thing on Mars, or she may not be, but we won't know until we observe her!

(A tip of the hat to rover driver Scott Maxwell for the "Schrödinger's Rover" conceit.)