Usually I like Mondays, but today I'm feeling a bit overwhelmed. There's a running joke on the Comedy Central fake news shows (The Daily Show and Colbert Report) that when the real news gets too awful, they show video of kittens playing instead. Instead of looking at kittens, when I get overwhelmed, I look at pictures from Cassini. Here's a photo I just put together of a crescent Titan, taken about a year ago by Cassini. Titan hides from us under a thick coat of dark orange haze. 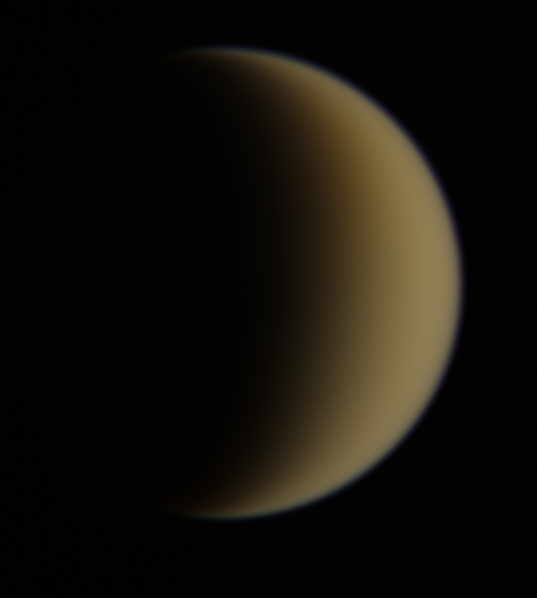 Cassini captured this view of a crescent Titan on 7 February 2009.

Although there is no lack of things to write about (that's one reason I'm feeling overwhelmed), I'm looking for feedback on what you readers would like to see me write about, keeping in mind my general focus on the solid-surfaced worlds of our solar system and the spacecraft that explore them. Got something you'd like me to write about, or a question you'd like to see answered? Send an email to blog at planetary.org, write a comment here, or send a Tweet to @elakdawalla.