What it looks like when a CME explodes toward us

The animation I posted yesterday, of a huge coronal mass ejection exploding away from the Sun, caused several people to ask if it could do Earth any harm. The answer is no; that one was headed in a different direction. Would you like to see what it looks like when a CME erupts in our direction? ESA has obliged! Today, ESA released a video from its little Proba-2 spacecraft that illustrates what a coronal mass ejection coming our way looks like. The pictures are less dramatic, because the eruption doesn't have black space to make a contrasty backdrop. But Proba-2, SOHO, and other spacecraft aren't out there for the purpose of taking dramatic photos; they're out there to monitor the Sun for just this kind of activity. In this specific case, the coronal mass ejection that is the subject of the Proba-2 animation below is the one that was responsible for the "strong" geomagnetic storm I got the email warning about on April 5. 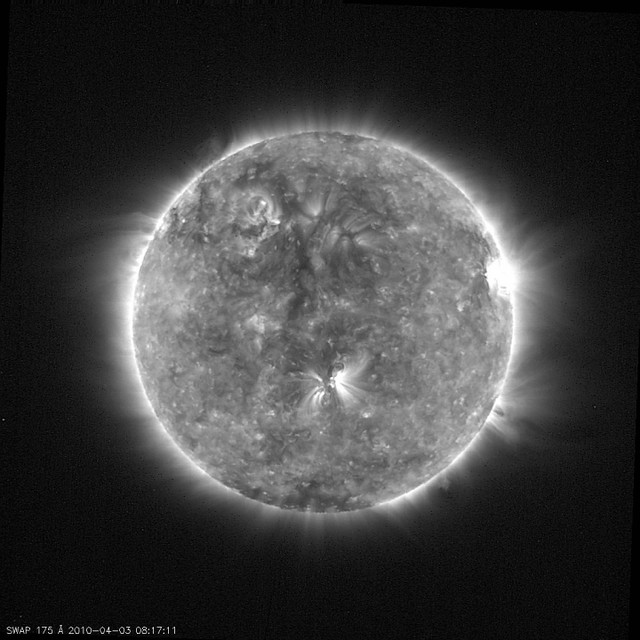