A busy day for Cassini: Dione plus bonus Enceladus and Janus

The Cassini Saturn orbiter just completed its second very close flyby of Saturn's mid-sized iceball moon Dione, and the images from that encounter have been streaming onto the Cassini raw images website this morning. There are some spectacular pictures. Here's a mosaic composed of two images shot across Dione's limb, capturing both the cratered surface and the fractures that cut it.

Cassini gazed across Dione's limb on April 7, 2010 to capture the two images that were composed into this view. It shows Dione's cratered surface dissected by bright-walled fractures.

And here are two ultra close-ups one showing cratered terrain and one showing fractures. At the time Cassini took these pictures, it was not doing any fancy turns to point at the surface; the spacecraft was in a fixed orientation advantageous for its "fields and particles" instruments, the ones that sense the magnetic field and sniff out the gases and dust particles that may be in the space close to Dione. But those tricky Cassini planners managed to leave the spacecraft in an orientation such that the field of view of the camera and other optical instruments was dragged across the surface of the moon as it flew past, and they snapped image and other data at opportune moments. 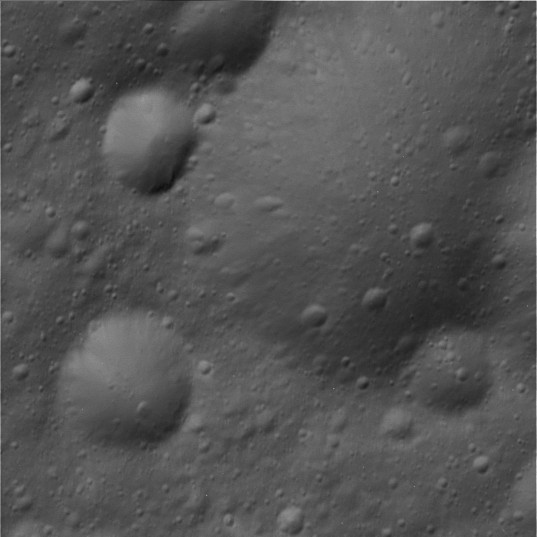 Dione does its best Moon impression

Taken during the 7 April 2010 close flyby of Dione at an altitude of only about 1,500 kilometers, this Cassini image captures a bit of cratered terrain lacking obvious signs of Dione's icy nature.

That's not all Cassini did yesterday. It also happened to fly pretty close to Janus, Epimetheus, and Enceladus. I think this is a particularly nice point of view on Enceladus, at almost perfectly 90 degrees phase, covering the cratered terrain near its north pole, the ridges near the equator, and the tiger stripe terrain near the south pole. 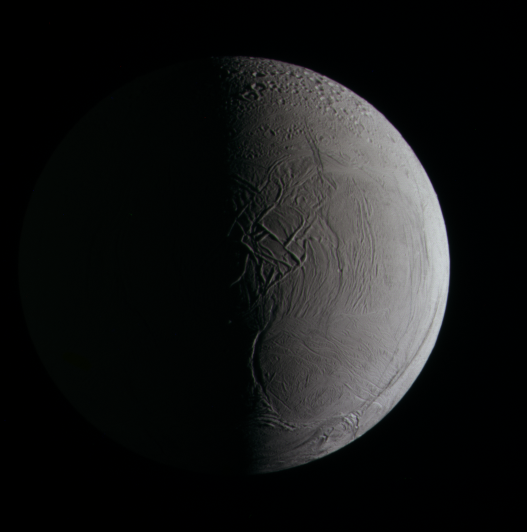 Cassini saw a half-full Enceladus on 7 April 2010. The cratered terrain in the north contrasts with the "tiger striped" terrain in the south. The slanting dawn light on the terminator picks out Enceladus' ropy ridges in high relief. 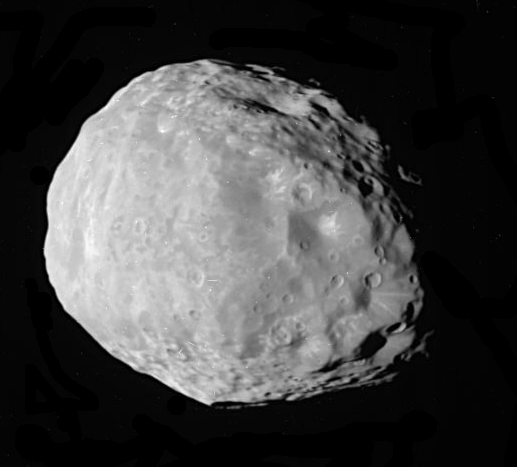 Three Cassini images of Janus captured on 7 April 2010 were stacked to compose this view.

The floors of those Janus craters have some neat bright splashy features in them.