What planet is THIS?

Check out this watery world! It's clearly a computer simulation of something, but of what? Can you guess? 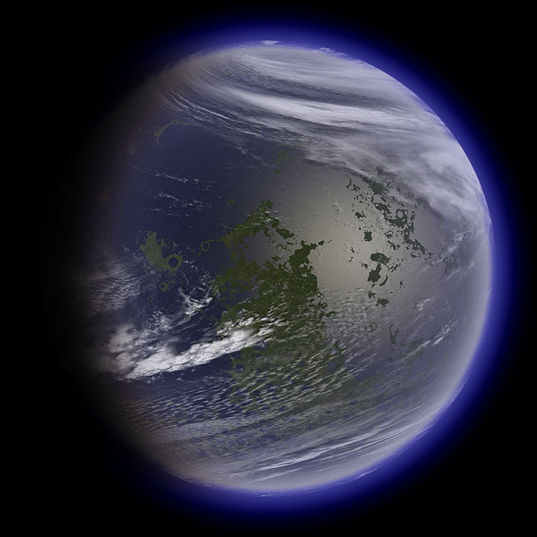 Simulation by Daein Ballard based on data from NASA / GSFC / ASU

What planet is this?

Why, it's the Moon, of course. Daein Ballard created this view using the recently released Lunar Reconnaissance Orbiter's Laser Altimeter data on the Moon's topography. He made a topographic Moon, vegetated its mountain peaks, flooded it with a global ocean, and threw on some clouds for good measure (the cloud patterns remind me a bit more of Venus than of Earth). I don't think there's anyone who believes that the Moon ever looked like this, but it's an enjoyably mind-bending image -- how important a little water and a little atmosphere are in changing the outward appearance of a planet!