A new view of Callisto

Here's a lovely amateur-produced color image of Jupiter's moon Callisto, or, as its artist Daniel Macháček calls it, "Titan without weather." It's based on Voyager 1 images from both the wide-angle and narrow-angle cameras, and clicks to enlarge to enormous size. 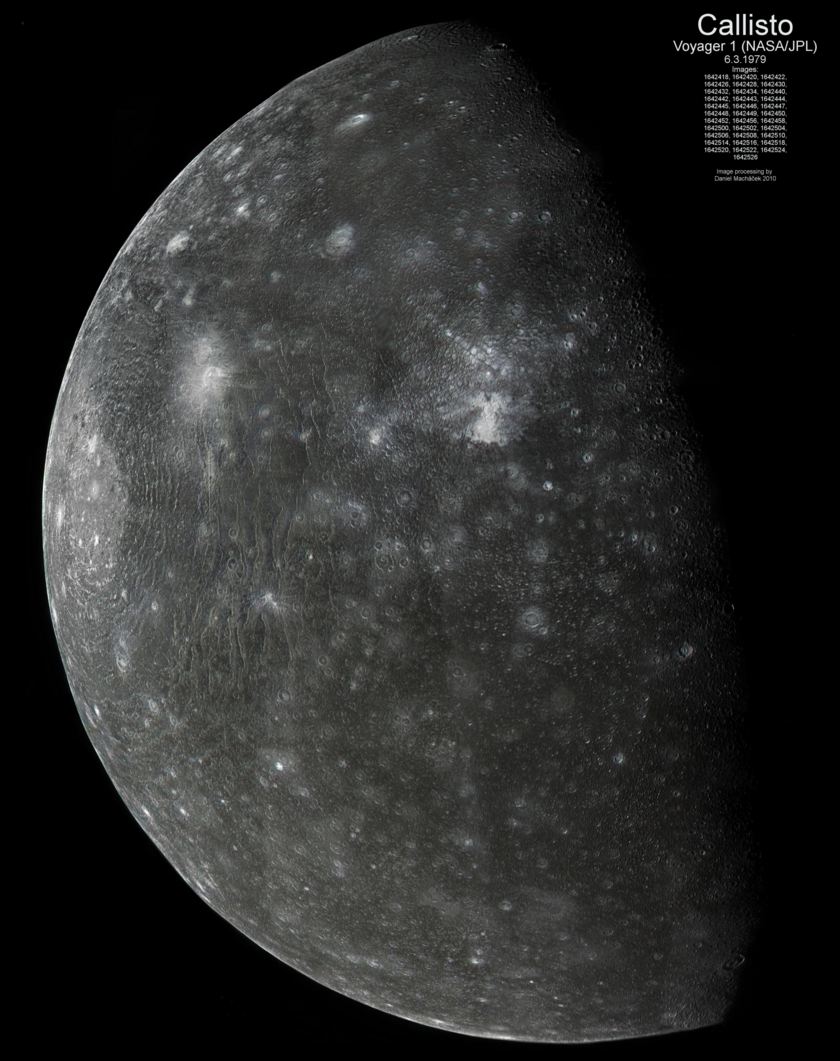 This high-resolution view of the outermost of Jupiter's large moons consists of a clear-filter mosaic captured at closer range combined with color information from a more distant view. Voyager 1 flew past Jupiter and its moons on March 5, 1979. The bright area near the limb is the Valhalla impact basin. The central light area is about 600 kilometers in diameter; concentric fractures reach to about 1500 kilometers from the impact basin's center.

One reason I didn't have time today to write a longer post is that I'm finally getting to work outlining and planning the next installment in my series of image processing classes. I've had several false starts with where to go next, and have finally decided to dive right in to the Planetary Data System, using the Voyager encounters with Jupiter as a case study. Stay tuned for information on when that class will take place! I think what will probably happen is that I'll finish preparing this week and then conduct the class early next week.