A trio of pretty Cassini pics

It's been a little while since I posted any Cassini pictures just because they were pretty, so here's a few recent ones, produced by amateurs from the images available on the Cassini raw images website. 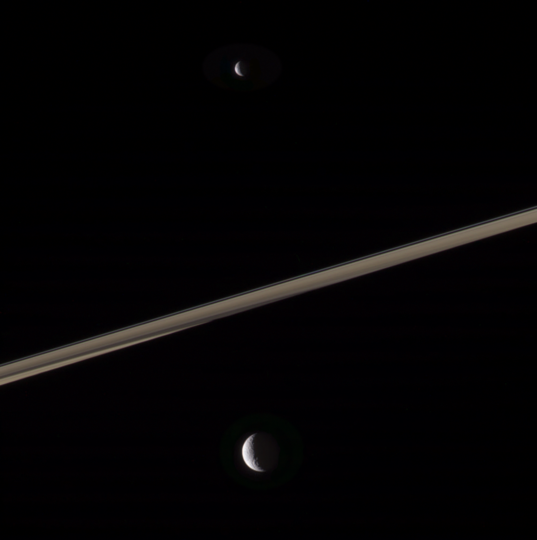 Tethys, Mimas, and the rings of Saturn

Cassini captured this picture-postcard view of the moons Mimas (top) and Tethys (bottom) floating near the rings on 15 March 2010. 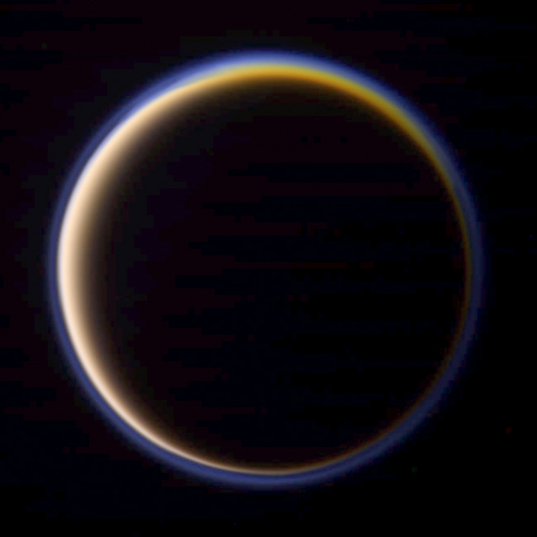 Cassini viewed Titan from its nightside to capture this view of its atmosphere on 16 March 2010. The image is a composite of red, green, and ultraviolet-filter images; the ultraviolet image emphasizes the high-altitude haze, producing the blue ring floating high above the rest of the atmosphere. 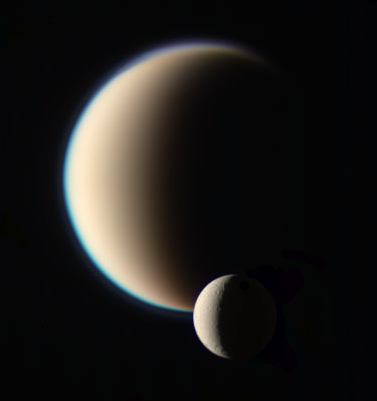 Dione passing in front of Titan

Dione passed in front of Titan on 12 March 2010 as Cassini snapped photos. Late in 2009, Cassini planners started commanding the spacecraft to take these "mutual event" movies not through a clear filter but instead through red, green, and blue filters sequentially; the raw data exists to produce an animation of Dione passing across Titan in color.