I know I already posted Earth once before. But I could not resist winding up the calendar with this view of a new Earth, for the new year. Unlike all the rest of the images I've posted, this one was not processed by an amateur. This one is made by the Rosetta mission from data that's not yet available to the public. There's lots of public data out there from lots of space missions both active and past, but there's also lots more that's being collected today, and has been collected recently, that's currently on the hard drives of universities and laboratories from where they operate active space missions, waiting to be analyzed, calibrated, studied, and then released for all of us to explore. What new sights will greet us in 2010? Watch and see! 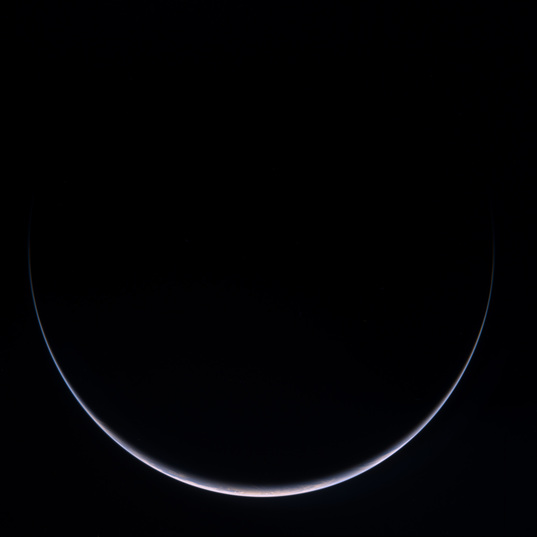 This unusual photo of a crescent Earth was taken by the OSIRIS wide-angle camera on Rosetta about two hours before closest approach on its second Earth flyby, at 19:05 UTC on November 13, 2007. Antarctica lies at the bottom of the crescent.

Each day in December I posted a new global shot of a solar system body, processed by an amateur. This is the last one. Click on the links below to open the other doors in the planetary advent calendar!