Rosetta is homing in on Earth

Heads up! ESA's Rosetta spacecraft is approaching for its last flyby of Earth, on Friday, November 13. It is now close enough that its OSIRIS high-resolution camera can resolve the Moon (and presumably Earth as well). Here's that photo of the Moon, a lovely crescent view captured on Sunday from 4.3 million kilometers away: 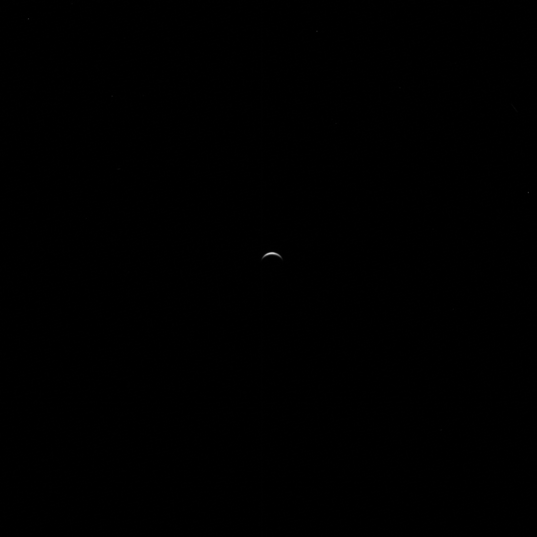 As Rosetta approached the Earth-Moon system for its third and final gravity-assist flyby in November 2009, it captured this view of a distant, crescent Moon. The Moon was 4.3 million kilometers away at the time.

It's a bit small at this range, so here's a zoomed view: 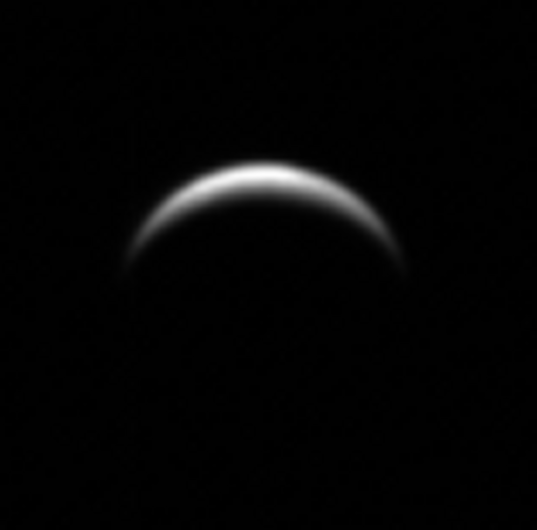 This version has been enlarged by a factor of two.