Just as all the American space buffs were preparing for bed (and after Europeans should have been asleep), raw images from Cassini's close pass by Enceladus today started appearing on the JPL raw images website, and some less-compressed versions of a few of them showed up on the CICLOPS website. As usual, Enceladus presents a spectacular landscape. First, here's a lovely one with the crescent barely sunlit, the night side glowing with Saturnshine, and the south polar plumes brilliantly lit with backlight. (I rotated this one 180° to put south at the bottom.) 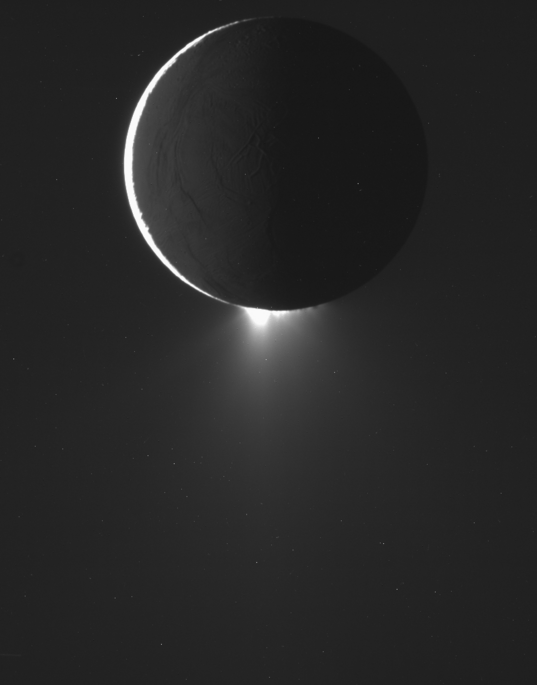 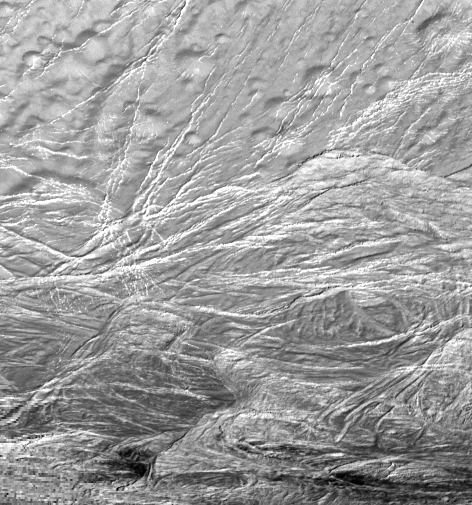 There's more to come, but not a lot; the closest-approach part of this flyby was given over to the in-situ instruments, the Cosmic Dust Analyzer and the Ion and Neutral Mass Spectrometer, pointed forward along Cassini's path to scoop up everything they could from the plume. The next flyby, in only nineteen days (!!) will feature many more imaging goodies.

After gorging on Enceladan plumes, Cassini finished with a nice dessert of low-phase images of Tethys. Again I've rotated the picture 180° to put north up. 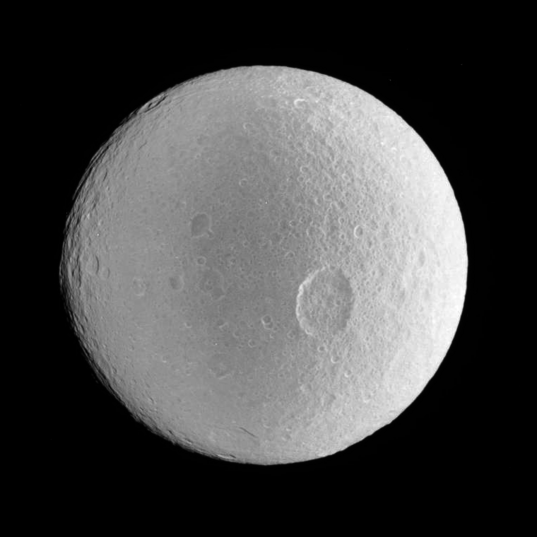