Window onto an abyss: Cave skylight on the Moon

A probable cave skylight on the Moon

This dark hole, 65 meters in diameter, may be a window onto a subsurface cavern on the Moon. It was photographed by the Kaguya Terrain Camera on May 20, 2008, in a photo of the Marius Hills region of the lunar nearside.

First, some context. The Moon will be a difficult, but not impossible, place to set up a permanent human outpost. Lacking a protective atmosphere, its surface is bathed in punishing solar radiation, not to mention a continuous rain of micrometeorites; and over the course of a lunar day (that is, about a month) its temperature ranges over more than 200 degrees Celsius (more than 450 degrees Fahrenheit). Many workers imagining future human habitation of the Moon have advanced the idea of setting up the colony inside a shelter that would provide some protection from the hazards of space radiation and the challenge of insulating against such extremes of temperature. 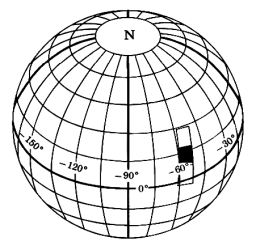 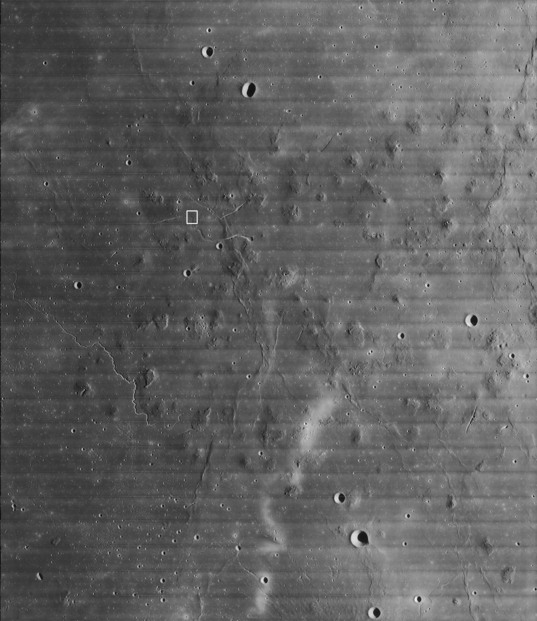 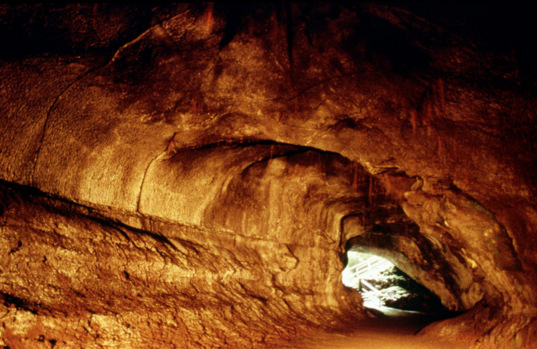 Thurston lava tube is located on Kilauea. When lava flows out onto the surface, it cools on top and may form a solid roof. The roof insulates the still-liquid lava below it, allowing it to continue to flow. Lava may flow through tubes like these for many kilometers. At the end of the eruption, the lava can drain completely out of the tube, leaving a hollow remnant of the flow that forms an underground cavern. This lava tube is about 3 meters in height.

Digging such a shelter would be a major engineering project; we could get a head start on things if we could find a natural cave. The Moon doesn't have Earth-type limestone rocks bathed in acidic subsurface water, but there is another type of environment that might produce underground caverns: hollow lava tubes. The Moon once had active volcanic geology that has left its surface carved by numerous "sinuous rilles", some of which may once have been underground lava tubes like the ones that form on the flanks of Kilauea today. But while there are lots of rilles to be seen on the Moon, no one has ever confirmed the presence of an enclosed tube, with an intact roof, that could be used as a shelter. One study did find several possible locations where there were likely intact tubes present next to collapsed tube sections (link takes you to a 1.4 MB PDF of a paper by Cassandra Coombs and Ray Hawke), but could not confirm the presence of intact tubes. There are probably lots of intact tubes, but how to find where they're hidden?

The answer is to look for skylights, black holes in the lunar surface that are openings onto sublunar caverns. Skylights are common on Earth, and they've even been seen on the flanks of Martian volcanoes. But despite decades of searching, no one has ever discovered a lunar skylight.

Until now. Haruyama and his coauthors examined Kaguya Terrain Camera photos of an area on the Moon that is populated by numerous rilles, the volcanic complex of the Marius Hills on the lunar nearside. And their search was rewarded with the discovery of exactly one black hole too deep to be an impact crater. The hole is located at 303.3°E and 14.2°N and is, suggestively, in the middle of a small rille. It is nearly circular, 65 meters in diameter, and is equidistant from the rille walls, 250 meters on either side. Previous missions did not image it at high enough resolution to allow scientists to distinguish it from a small impact crater.

Kaguya imaged it nine times, five with the Terrain Camera and four with the lower-resolution Multi-band Imager, at a wide variety of solar incidence angles and camera look angles. A little trigonometry allowed Haruyama et al. to determine that the hole is 80 to 88 meters deep, with very steep walls. The fact that it's deeper than it is wide means it's definitely not an impact crater. But is it a cave skylight? Its location in the dead center of a rille is suggestive, but volcanic environments have a couple of other ways to make pits, such as volcanic vents. But Haruyama et al. determined that a skylight into an underground lava tube is the most likely explanation for this feature; moreover, they figured out that the cavern should be at least 370 meters wide. That's quite a lot of space to work with!

The team searched for more skylights in the region, but only found this one, and as far as they know, it's the only one anybody has ever spotted on the Moon. They concluded: "This is a potentially important discovery for both studies of lunar volcanology and future human outposts....the Marius Hills region has long been considered an important and accessible exploration target, both scientifically and technically. Indeed, the discovery of the Marius Hills Hole further supports the importance of the Marius Hills region as a future exploration target."

This hole is probably not the place we'd establish a permanent base. I imagine that a place that requires a vertical descent and ascent wouldn't be optimal. You'd probably really want one that you could drive into -- an intact tube next to a collapsed part, like the possible ones identified by Coombs and Hawke, and probably ideally with a north- or south-facing opening so it wouldn't get blasted by sunlight at either end of the lunar day. I'm smiling now, because I'm thinking about how far humans have come as a species: we're beginning to expand into space, but we're still doing what our forebears did hundreds of thousands (or more) years ago, looking for a nice cave to establish our hearth in.

I want to thank Carolyn van der Bogert for providing the Kaguya images from this paper. Carolyn is also on the Lunar Reconnaissance Orbiter Camera (LROC) team, and told me that LROC has this site on its list of things yet to photograph on the Moon. She said they'll try to photograph it, as Kaguya did, at a variety of solar incidence angles, to get good looks at both the walls of the pit and the floor it opens onto. LROC should improve on the resolution of the Kaguya imaging by a factor of more than ten, so I'm looking forward to those photos!You might also enjoy my earlier story on cave skylights on Mars, with a followup here.