I have just posted four more blog entries from Juan Diego Rodgriguez-Blanco detailing the work conducted during this year's Arctic Mars Analogue Svalbard Expedition (AMASE), mostly concerning the testing of instruments that are being developed for future Mars missions, including Mars Science Laboratory, ExoMars, and, down the road, Mars sample return. As ever, his images of the Arctic landscape are spectacular. Enjoy!

That does it for this year's reports from AMASE; I look forward to the next northern summer's expedition! 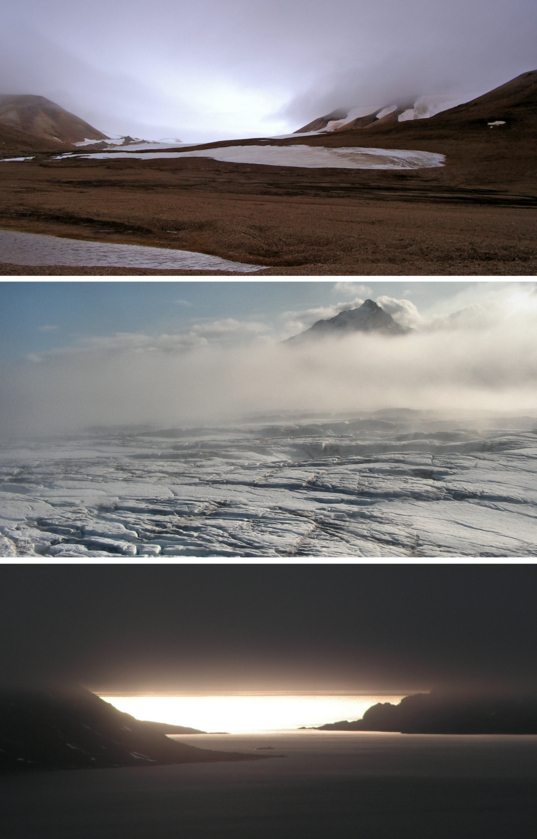 Mars, Europa and Titan in Svalbard

Svalbard is a strange place. Some landscapes seems to be otherworldly and images may have been taken from Mars, but there are also glaciers full of cracks, crevasses and fractures that make you feel that you have landed on Europa (Jupiter's moon)...and when you fly by helicopter through the thick fog it seem to be that you are flying over Titan. From top to bottom: Mars, Europa and Titan in Svalbard.