Graphics from the LCROSS press briefing

It's been a little difficult to get a hold of the graphics that they used at this morning's press briefing. First they were available in PDF format, but some images were missing, then the PDFs disappeared and were replaced with a gallery of JPEGs that was kind of difficult to browse. So I'm hereby performing a public service by posting all the important graphics I could find, and I've added some caption information as far as I know it. I also mirror-flipped one of the images that was released reversed. (It's not uncommon for quick releases of new space camera data to be accidentally released mirror-reversed; ESA did it during the Rosetta Earth flyby, and India did it with a Chandrayaan-1 image of Earth.)

I'm not sure what to expect out of the LCROSS mission in terms of more image releases. For one, I'd love to have more of the shepherd spacecraft's inbound images. The good news is that the longest we'll have to wait to see any of that data is six months; by six months from today, LCROSS is required to have delivered all of its data to the Planetary Data System.

I decided not to collect any of the ground-based observatory images, because they'll likely improve with processing and will have better stories to tell once they can add data from their spectrometers. So I'll wait for that.

So here's what I could find from LCROSS itself, put into chronological order: 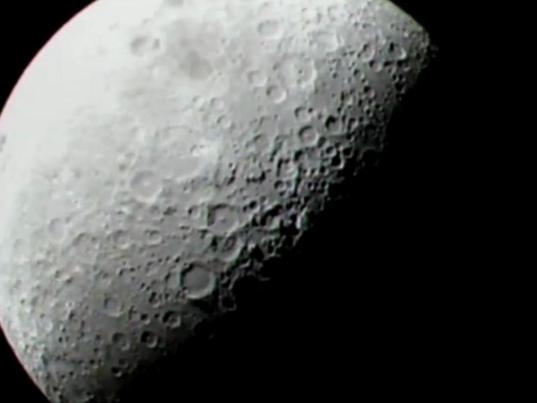 Here's one other treasure that wasn't on the official website: 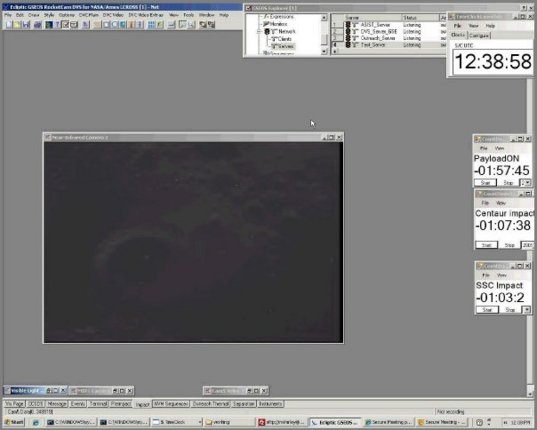 This is what Emory Stagmer's computer screen looked like about an hour after the LCROSS impact. On the screen is the very last image returned from LCROSS, a fraction of a second before its impact. Stagmer is the flight software lead for the LCROSS mission and was Twittering from LCROSS mission control during the impact events.