The caption to today's image release from the MESSENGER team concerns their long-term campaign to study Mercury's brightness through a range of phase angles. But the real take-home message of this image is that, after the burp in operations when the spacecraft safed near close approach on its third flyby of Mercury, the spacecraft is now back to normal and functioning fine, doing science again. Yay for MESSENGER! 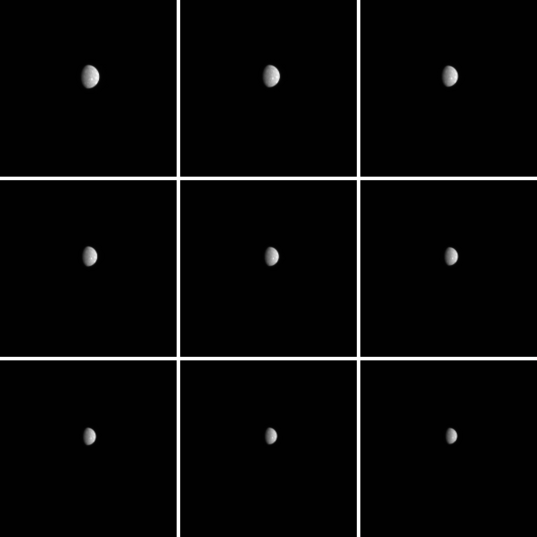 These nine images were captured by MESSENGER as it departed from its third flyby of Mercury. The spacecraft had gone in to safe mode at closest approach, but on October 3, 2009 it restarted science activities, which included monitoring how Mercury's appearance in different colored filters varies with the phase angle (the angle from Sun, to Mercury, to spacecraft).

I'm kind of impressed by how the crater Kuiper shows up as a bright splash on Mercury, even at this great distance.