A new image of MESSENGER's forward view from 44 hours out. As I write, we're under 11 hours from closest approach. 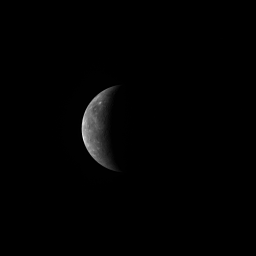 MESSENGER took this photo of Mercury on September 28, 2009 on its way in to its third flyby. At the time it was 542,000 kilometers from the planet.
The previously released forward views, for comparison: 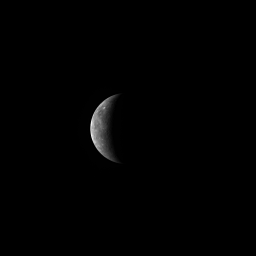 MESSENGER snapped this photo of Mercury from 672,000 kilometers away on September 27, 2009, on approach to its third flyby. A small strip of terrain near the limb has not before been seen by spacecraft.