There were lots and lots of image goodies released today by the Space Telescope Science Institute in a press briefing meant to tout the success of the Hubble servicing mission conducted in May. Here's the full gallery. I'll be writing much more about this later today but thought I'd post a preview: a full-disk version of the image of Jupiter complete with impact scar. 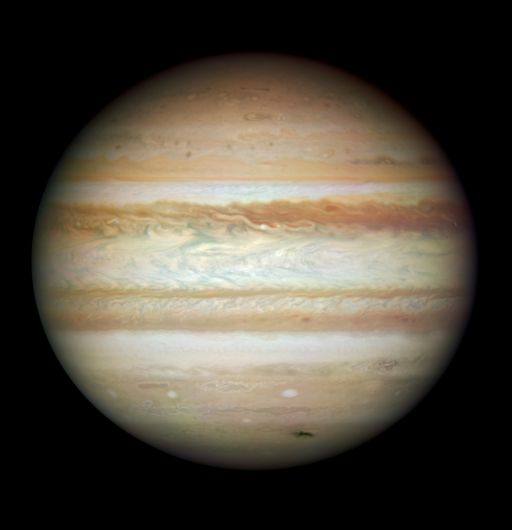 The newly refurbished Hubble Space Telescope captured this view of Jupiter on July 23, 2009, just four days after amateur astronomer Anthony Wesley discovered an impact scar close to its south pole.
The rest of the released images were of astronomical targets -- more to come!