There are lots of new raw images from August 10 and 11 on the Cassini raw images website now. This one, I believe, is a shot of the rings just before equinox. The rings are incredibly dark, being light from the side so much that they are now shadowing themselves, except where they are least dense -- that is, the F ring, which is brighter than everything else in this photo. 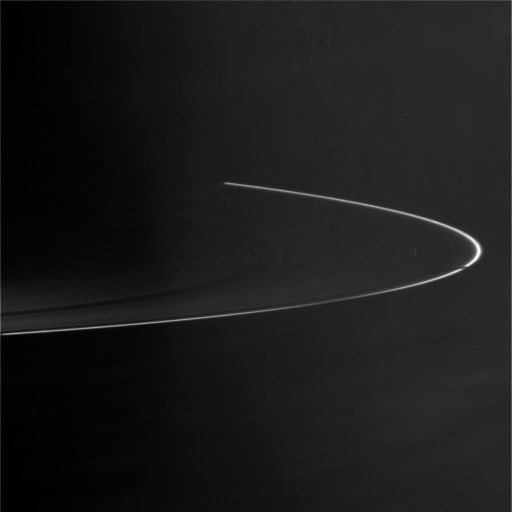 This photo of the rings was taken by Cassini on August 10, 2009, just before equinox. Nearly the whole ring system is represented, but the only ring brightly visible is the F ring.
Stretching the heck out of the image allows you to barely make out the rest of the ring system. There are a couple of slightly brighter spots within the ring system that are visible when stretched like this -- I believe those are dusty faint ringlets within the Cassini division (left) and Encke gap (right). At the leftmost edge of the image, Saturnshine does make the main rings a little brighter. 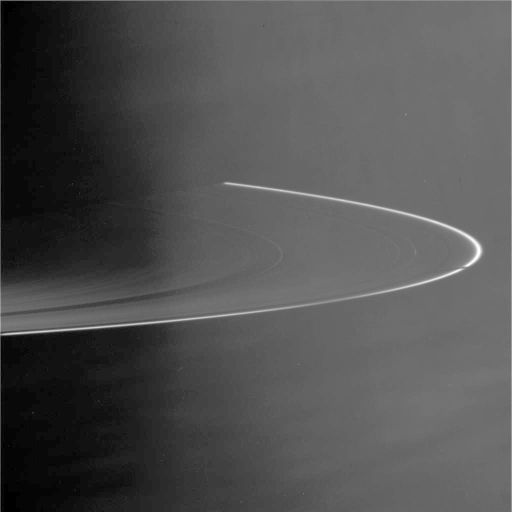 A brightened view of a wide-angle shot of the rings near equinox brings the A and B rings barely into view. The F ring is the brightest.
There are a couple hundred more images that were posted today, but most are a bit tough to interpret because they are so dark; and the way they are JPEG-compressed before being posted to the Internet makes it hard to bring out detail. We'll have to wait for official versions to really see the amazing sights of Saturn near equinox.