Space Shuttle Atlantis and her crew of seven astronauts roared off Launch Pad 39 A at the Kennedy Space Center right on time at 2:01:56 on May 11, 2009 on a bold and high stakes mission (STS-125) to restore, refurbish, renew and upgrade the Hubble Space Telescope to the absolute apex of its capabilities and extend the working lifetime to at least 2014.

The ground rumbled beneath my feet at KSC and the sky crackled repeatedly with roaring thunder that intensified as the shuttle rose skyward and accelerated atop a spreading plume of smoke and ash emanating from the brilliantly bright and magnificently hot fire and intense flashes from the rocket exhaust of the three powerful shuttle main rocket engines and twin solid rocket boosters. 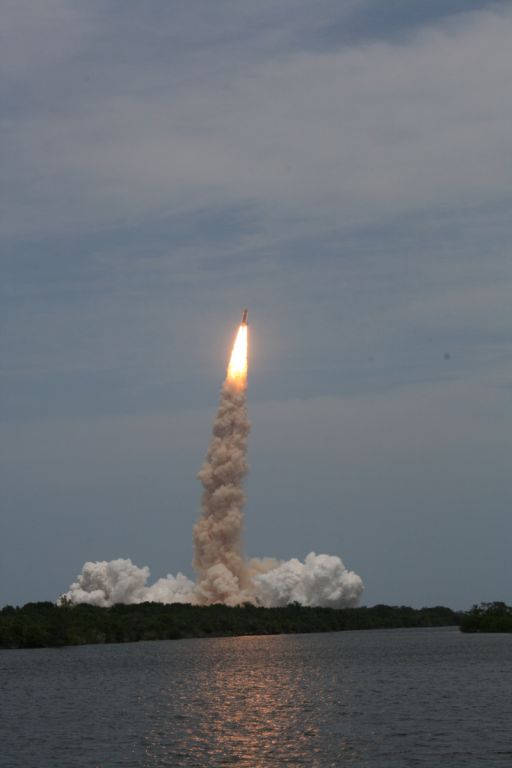 oments after Atlantis and seven member crew blast-off at 2:01:56 on Monday May 11 on a bold flight to save "The People's Telescope".
tlantis streaked to space on a partly cloudy day, rolled about and quickly arced eastwards over the Atlantic Ocean towards Africa. She soon disappeared from view into the cloud layer. At liftoff, the Hubble Space Telescope was flying directly over the Kennedy Space Center at 5 miles per second and at an orbital altitude of 350 miles. 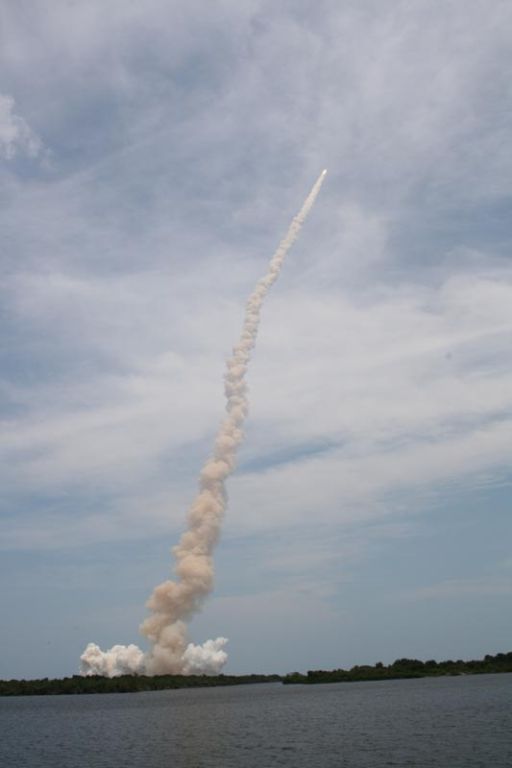 tlantis rockets into space and arcs over eastward toward Africa.
o other rocket launches compare in intensity to the sound and fury of a shuttle launch with 7 million pounds of liftoff thrust. Nor in drama, with the lives of seven precious human beings whose fate is utterly dependent on the outcome. These brave souls have put their lives on the line in the cause of the advancement of Science to benefit all humanity.

For the first time in Shuttle program history a second shuttle, Endeavour, sat poised at the adjoining shuttle launch Pad 39 B ready to