I'm sick today and not up to writing much; fortunately the following graphic arrived just in time in my mailbox this morning. It neatly summarizes all the completed, planned, and proposed close flybys of Saturn's moons by Cassini throughout its Prime mission (already completed), Extended mission (a.k.a. the Equinox mission, which is ongoing) and the Extended-extended mission (a.k.a. XXM or Solstice mission, which John Spencer wrote about yesterday). Enjoy and hopefully I'll be back up to speed tomorrow. 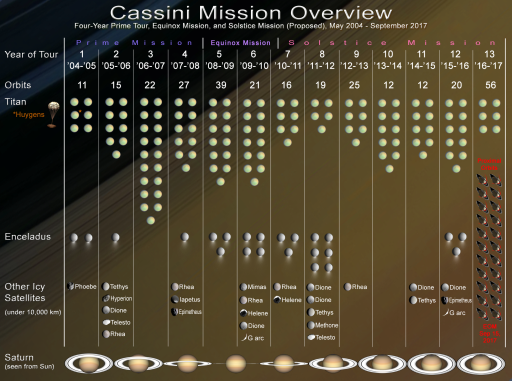