Via spaceweather.com comes this diagram showing the orbits of the two satellites that collided on the 10th. They were in nearly perpendicular polar orbits. Space around Earth may be "crowded" but still this was a low-probability event by any measure -- a few seconds' difference in timing, a meter or two difference in orbital altitude, and the collision wouldn't have happened. (Thanks to Gordan Ugarkovic for the tip.) 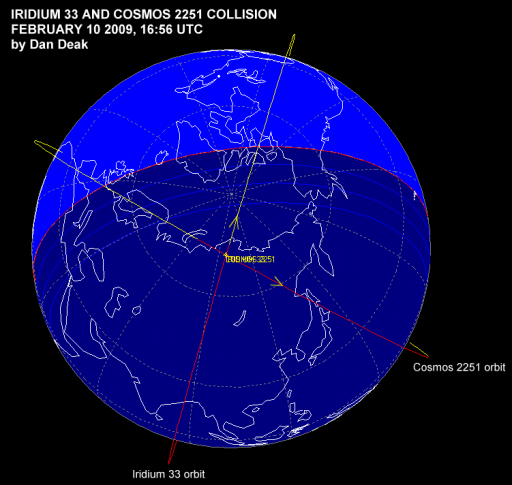 On February 10, 2009 at 16:56 UTC, a functioning Iridium satellite and a defunct Russian satellite collided over northern Siberia. The two satellites were in nearly perpendicular polar orbits.